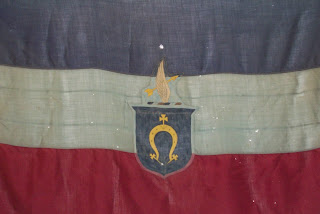 Beaumont College was closed by the Jesuits forty years ago yet never can
a society of old pupils from any school have thrived for so long after
the school's demise.

The HCPT about which this blog is strewn with posts, even has a
London Beaumont Region, 7 groups from which are still run by Old
Beaumont boys (including yours truly) or their friends or families.
The BU annual dinner is usually a crowded rombustious affair
and many BU members are hugely successful or influential
in their personal or professional lives.

My "passing of an old friend" blog post in May 2007, recorded with sadness
the death of a much loved and respected BU contempory, fellow HCPT pilgrim
and close friend. Last night another old BU friend and his wife
together with mrs maytrees and yrs truly, went out for supper
at SW19's Lighthouse restaurant, with his widow. A lovely evening
then ensued,
of fond remembrance, of catching up with news, gossip and laughter
all of which arose out of old Beaumont childhood.

A moment of feigned discord arose out of the other BU couple learning
of the existence of this blog. "Naff" "absurd" and other derisory
quips and comments were their reactions.
Yet I am not so sure that
a blog even one whose reader numbers barely reach double figures,
is fairly so described.

Reading though some of the previous posts at random, is at least as
interesting for me as their author as say occasionally going through
an old photograph album. Blog posting itself is anyway much more creative
than say slumping down in front of a TV.

Collecting one's thoughts on a topic matter of moment or even trivia
and writing them down in a medium
which might (though usually isn't) just be read by friends or
strangers is I think also good self discipline.

One of the effects of the Covid-19 pandemic has been that the numbers of people in the UK who cycle have soared. Luckily on the day most s...