The football world cup hosted by South Africa has started with never ending it seems, fanfares of Vuvuzela trumpets. A great achievement for South Africa which I hope goes really well for them (and for England).

About football generally though there is much to be ambivalent about. On the positive side football can be a great ice breaker and unifying game for those involved. Many a time I have seen on the Prairie opposite the Grotto at Lourdes, spontenous games of football break out between children from different HCPT groups and on occasion even 'internationals' between children from different pilgrimages take place. Real icebreakers these prove to be with total strangers getting involved positively with each other. Such energetic sport too as British public schools learned years ago helps to release pent up energy and emotion into non destructive channels (though at Beaumont rugby was the main game). Add to all that the health and fitness benefits, there is much to be said for encouraging football and its international festivals.

On the negative side however is high finance. The wages some footballers are paid seem obscenely high - after all it's only a game. Football TV rights likewise cost the earth leaving some TV companies bereft of finance to spend in other areas of interest like one off TV theatre dramas such as the BBC Play for Today productions of the 1970s. People who are overpaid risk becoming too remote from the ordinary people in the street. Unfortunately the huge wage also tends in some minds to create a 'celeb' type culture which might not be too bad if the individuals are good role models but not when the obscene wage is mirrored by the individuals' verbal obscenities and boorish behaviour.

One other negative aspect of the World Cup which though is hardly the fault of the beautiful game itself, was highlighted in a recent comment from a resident of the embattled Gaza strip, who said that sadly now that the Football is under way, the world's media will lose interest in her country's trials and tribulations.

One more positive however is the party atmosphere that prevails even in the normally drabbest parts of town and country when the national team is doing well.

Reverting to the Vuvuzelas - it is for each host nation's supporters to make their own mark on the games. Having listened to the Vuvuzela trumpets during the Uruguay v France match last night my preference would be for singing, drums and mexican waves. The commentary can hardly be heard over the vuvuzela monotones but then the match with its nil nil result was pretty dull anyway. 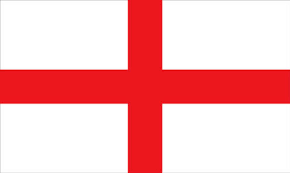