Disappointingly a friend of mrs maytrees who with her husband was due to have lunch with us today called to postpone their visit  for a couple of weeks as they were snowed in this morning. Friends coming over for a meal, perhaps a little  gossip  and a bracing walk are always occasions to savour but  I was looking forward to interesting discussions with the friend's husband. He works at the FO and has  had for many years well  before it became almost fashionable to knock the  EU generally and Eurozone in particular, strong views on what he regards as the doomed Euro-project. He converted me by quiet logic some years back to his point of view which now seems to be being borne about by events.

However making a virtue of necessity I decided to take my camera on a pre-breakfast jog over Wimbledon Common with the following results: 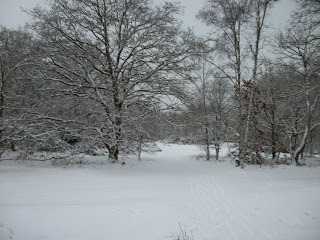 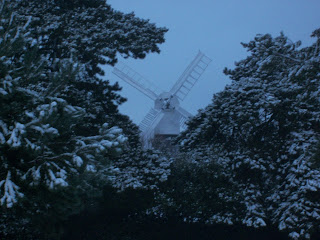 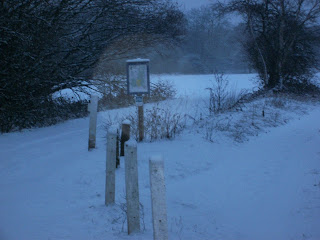 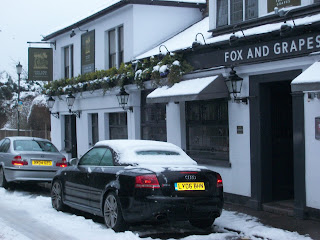 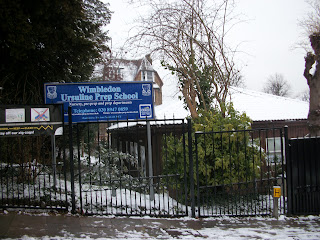 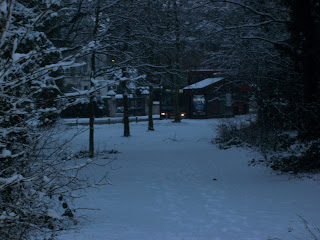 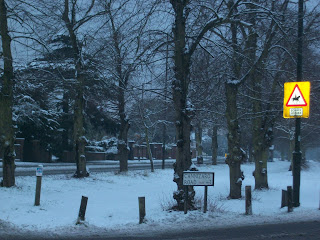 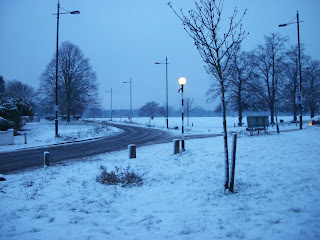 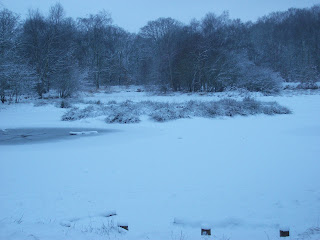 Only in reality a light covering of snow but it made for an invigorating jog in what I suppose in suburban London is about as near to nature as one can get.
at February 05, 2012