My dad and youngest son and daughter and I went to the Olympics yesterday evening.What a fantastic night it turned out to be.

The Javelin train from St Pancras was so quiet and fast that we arrived early at the Olympic Park so were able to enjoy a  walk and then  a meal in the open air. In fact when I had last seen this area of London it was a dismal dirty mess. Some complain about the huge cost of the Olympics but in my view the money is well spent. That part of London would have remained a vast rubbish heap for generations if the need to clean up and redevelop fast had not arisen. That is the kind of once in a life time incentive provided by the Olympics in my view.

Dad (age 92) last attended the Olympics in 1948 when he saw the men's 10k final. No gold medals for team GB on dad's night in 1948 but Mo Farah's run 2012 at c. 27.5 minutes was really exciting to watch yesterday evening and he just pipped his American friend Galen Rupp to the finish and win the gold medal.

The packed  80,000 crowd including the 4 of us, was ecstatic with excitement. As I had run 10k that morning with good friend Chris over Wimbledon Common before setting off for the Olympic Park and as our time was about an hour,I realised that we would have been more than  lapped had  Mo been at Wimbledon earlier - what talent and tenacity he has.

But that was far from all. Jessica Ennis whose achievements at winning a Gold medal in the heptathlon probably rank as one of the best British results of all time, was so deserving of her success that the whole contingent of heptathlon  competitors walked the circuit of the stadium with her to greet and thank the crowds of spectators.

Meanwhile in the stadium there was Greg Rutherford quietly getting on with his long jumping then much to our  amazement and glee, his 8.31 jump was another GB gold medal winner of the evening. 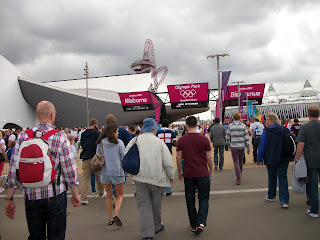 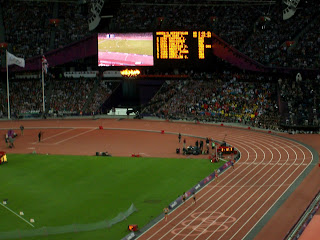 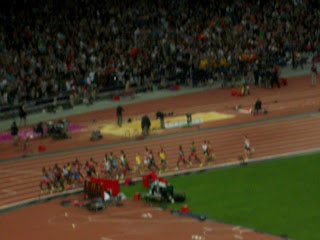 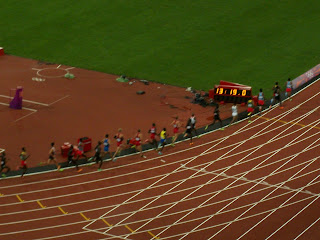 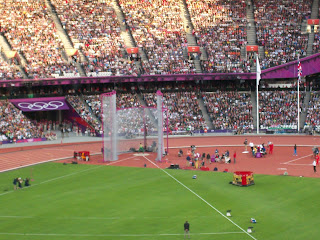 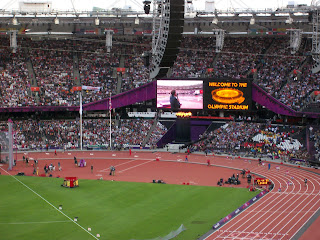 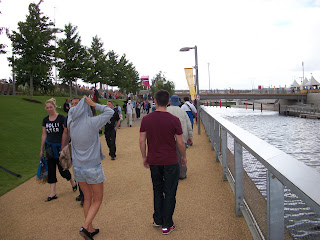 A Fantastic and memorable night out with 3
generations which we all loved.