In fact this is in St Georges Square Pimlico very close to the day job office. 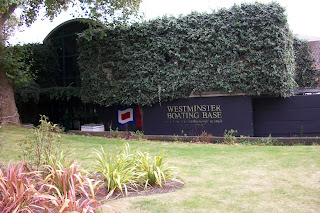 The boating base is a charity catering for teenagers and young adults who wish to learn to sail. The day job office held a party there last week which was very successful.

Upon travelling there earlier today to take some photographs the manager told me that it has become quite a haunt for film shots - some scenes including I think a wedding reception in the film Love Actually were shot there. Unbeknown to me before chatting with the manager, there are too quite a number of parties held by film stars and the like there which is not what one usually expects to find in darkest Pimlico.

However the boating base being less than 100 yards from the office was an ideal venue for our own party. I don't often blog about day job matters but the Westminster Boating Base is such an unusual venue it warrants a blog post of its own especially as finding photographs on the internet of it proved very difficult so I was compelled to travel up on a Sunday and use my own amateur efforts.

The boating base manager was quite content for me to stroll around photographing but insisted that like everyone else who entered the boat jetty, I wore a life jacket which he was pleased to provide for me. 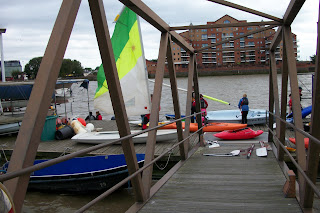 The new London American Embassy is due to be built on the south side of river almost oposite with apparently a new foot bridge being built to exit near to the boating base for ease of access to Pimlico Tube although rumour also has it that a spur to the Northern Underground line is to be built serving the old Battersea Power Station area (photo below)  part of its proposed redevelopment. 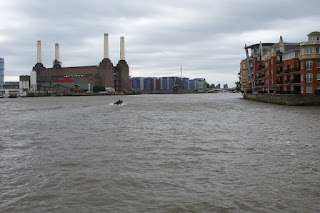 The boathouse was difficult to photograph but a couple more pictures below I think give the flavour which for an area almost in Westminster City centre is I feel quite unusual. 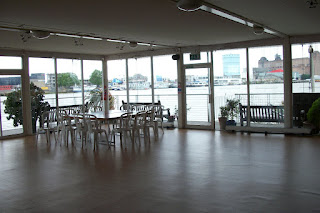 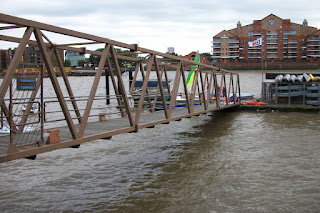 And a plaque signifying that it is fairly recently built: 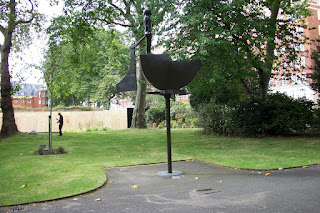 A great charitable enterprise in my view which deserve to continue to thrive.
at September 30, 2012