Mrs maytrees having received tickets to visit the top floor of London's new Shard tower building near London Bridge Station as part of a 60th birthday present from maytrees mi  she made the trip yesterday with me.

The exuberance of the staff at the Shard reminded me very much of  that of the Olympic Games volunteers whose public work began almost exactly a year ago and made those Olympic and Paralympic games so memorable.

As one would expect the Shard's staff were employees rather than volunteers and  their welcomes and friendly banter were  excellent.

The views from  was it the 40th floor of the Shard were quite breath taking though doubtless some Americans from New York and other great cities of the USA would remind me that many buildings there are far higher. Still the vista of London from on high was a treat as some of the photos below I hope  illustrate: 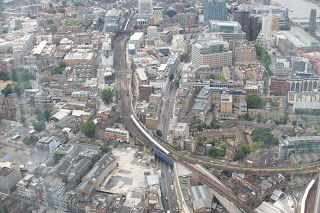 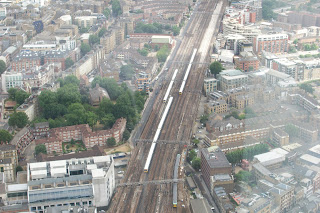 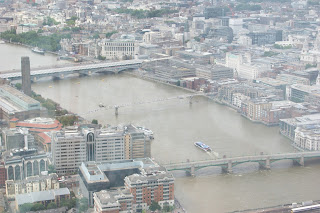 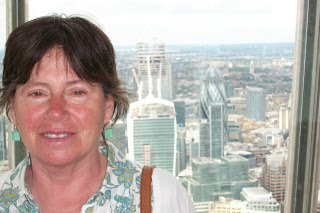 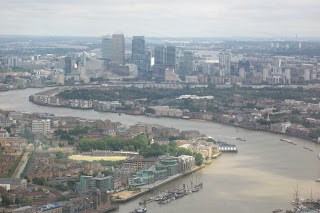 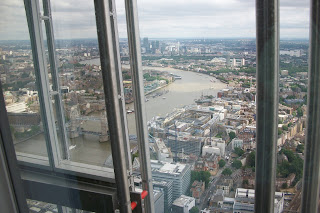 Unfortunately my camera battery faded before I could take a photo of the Shard itself. but here is one courtesy wickipedia However the afternoon was rounded off really well with a visit to Borough Market, some salt beef bagel for lunch, delicious tea and cake at Lambeth Palace and then a walk back along the busy South Bank to Waterloo.

London is a really  great city to wander about in absorb and enjoy
at July 21, 2013