Having found some old slides of student travels to Turkey in 1970 the same specialist photographer next to Wimbledon Station who had kindly dealt with my old slides of Egyptian travels on which see the blog post of a few days back,also  arranged for the Turkish slides to be transferred to computer CD rom. He has not done a bad job though the grime of age on some of the slides is apparent. 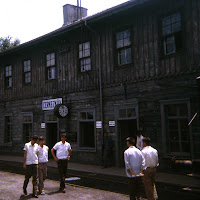 John and I traveled to Turkey by train at the time the last few hours of which 3 day  journey   were on an ancient Turkish steam train. Unfortunately the only train slide is of a small station which we stopped at en route.

None of the bridges across the Bosporus had been constructed by 1970 so the crossings to and from Asia were made by fairly efficient ferries some of which were steamers.

I believe the first bridge was completed in 1973. 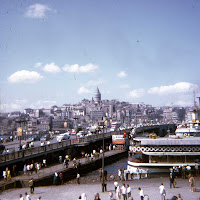 Many of the Turkish bus routes in 1970  were privately owned and run and we traveled to Ankara on one such.
A vivid memory I have was of the bus pulling up at a remote waterfall where everyone else drank the fresh water straight from the gushing stream.
After a little persuasion we drank too and the delicious cold  water was the most thirst quenching and refreshing I have ever enjoyed. 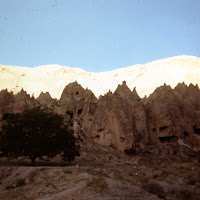 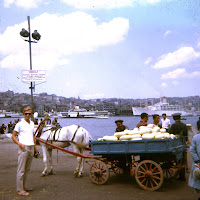 Shortly after arriving in Istanbul there were some serious riots against the USA involvement in Vietnam as an American 6th Feet aircraft carrier had just docked there for  refueling and as I recall diplomacy, which rather backfired literally. A number of people were shot dead by the riot police we managed to take shelter in a nearby student union building. 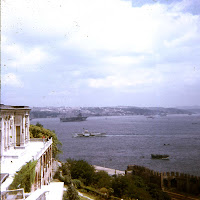 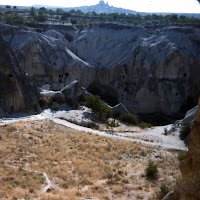 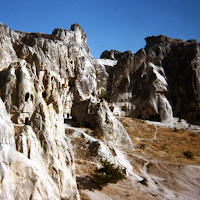 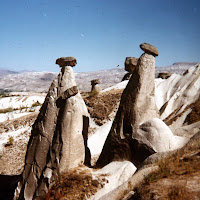 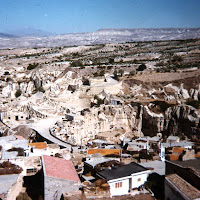 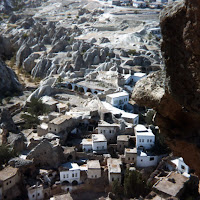 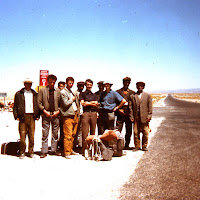 We met two English girls in Istanbul one of whom subsequently became a close friend of an American  Vietnam War draft dodger. He taught at a school in Tottenham London  as I recall and lived round the corner from my day job office. Often at lunchtime I would give him a game of chess at his flat but usually lose.
He returned to the States upon one of the Presidents there issuing notices absolving such draft dodgers from prosecution years after the  USA's withdrawal from Vietnam.

I think his UK girlfriend (Rose) also emigrated with him but am not sure if they eventually married. 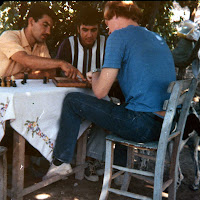 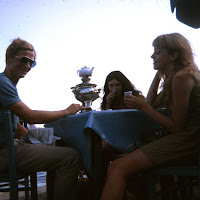 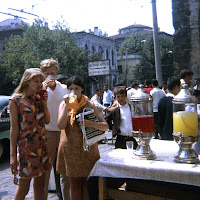 The two British girls on the right drink juice and above with tea, were fun to meet and be with then though sadly have not been in recent contact. Although many Turkish young lads laughed or perhaps ogled at their  dressing style, the locals were not difficult or critical bearing in mind that Western Freedoms were then fairly recent  in the UK.