The annual  HCPT pilgrimage to Lourdes seemed smaller this year than in previous years, maybe some 3000+ pilgrims down from the norm of  some 5000+.

Traveling by train kept the fares and hotel costs down to about £500 compared with some £700 for those who went by plane. However  the main reason for the fall in numbers this year is probably the fact that many schools in the UK have switched their summer terms from commencing usually after Easter Week holidays to starting at a fixed time irrespective of Easter which meant that many schools in 2014,  started their summer terms on Easter Tuesday or  Wednesday. School heads also  seem more  unwilling to permit students to attend pilgrimages to Lourdes during  term time, which in my view is quite short sighted.

However I did meet with  one head at least who was happy to join with the HCPT Easter  2014 pilgrimage with a number of her sixth form students, and this was encouraging.

Possibly the photos below speak louder than words so: 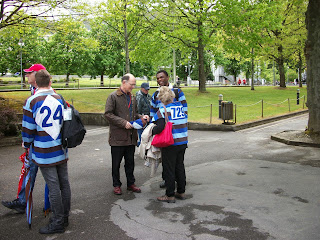 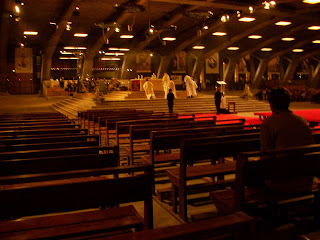 The photo above was taken in the underground basilica at Lourdes  during the Blessed Sacrament Procession led by another pilgrimage  when a fierce  rain storm was in full force.  3 of us from Group 729 were lucky enough to attend what was a moving occasion  despite the storm keeping so many  other pilgrims away at the time. 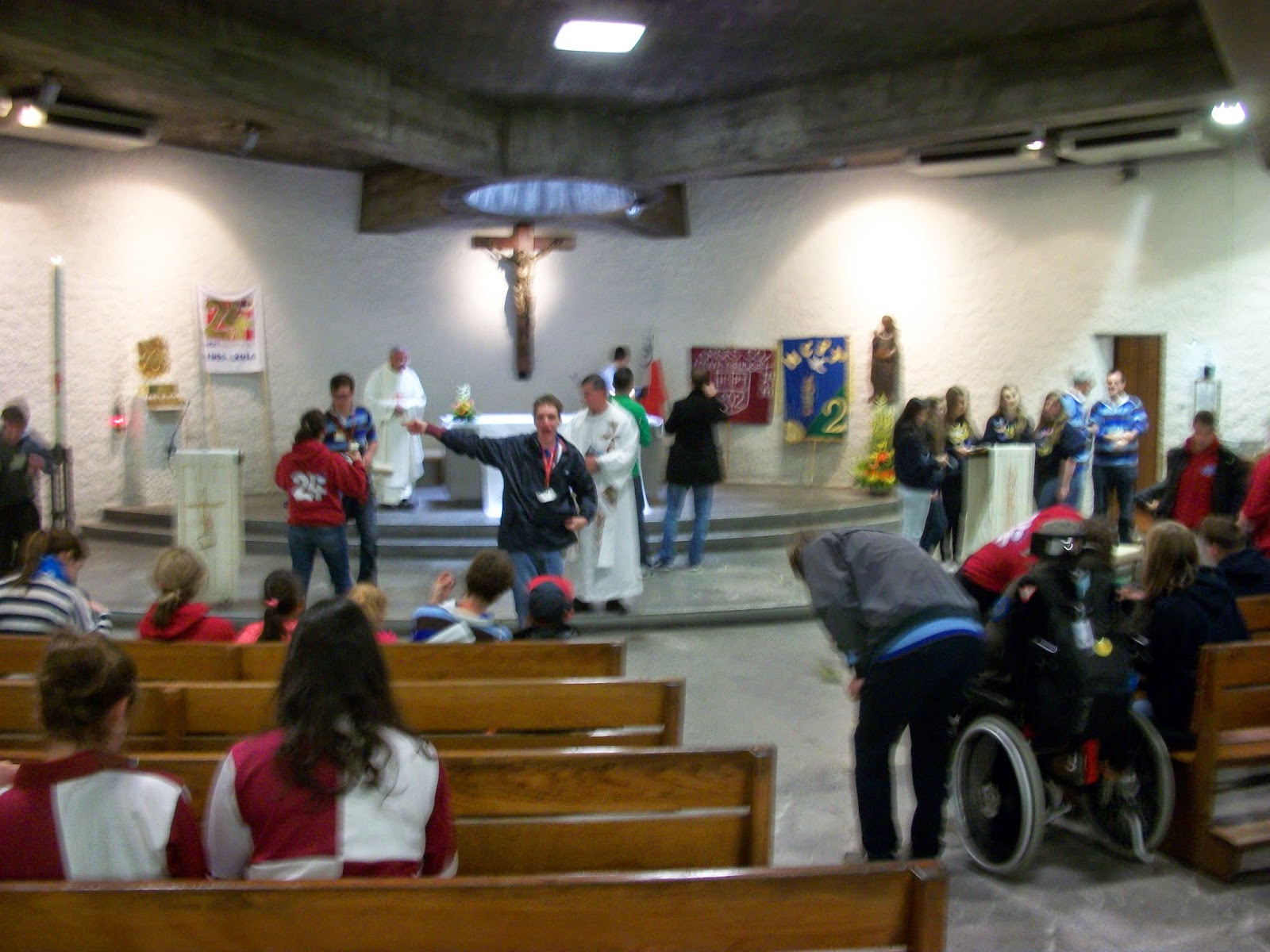 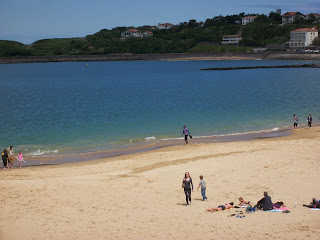 The photo below was of a wonderful church in the centre of St Jean de Luz to  which although there were only   4 of us we  were warmly welcomed to celebrate an HCPT  Group 729 mass together. Most HCPT groups celebrated mass on the beach which is also wonderful though subject to weather at the time... 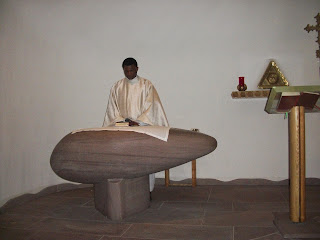 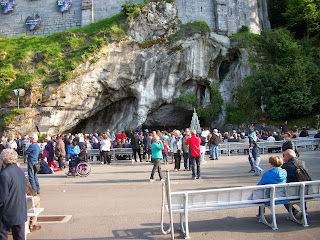 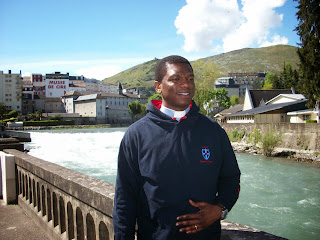 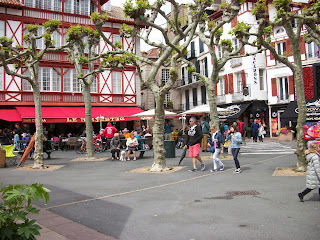 Sadly my ancient camera died before I could take photos of the HCPT mass in the Underground basilica, the torchlight procession or the high stations which Group 729 is still able to undertake as an auxiliary HCPT group. The train journey too was of course part of the pilgrimage as the following extract from a family email perhaps illustrates:

"...traveling back yesterday by TGV with 400 or so HCPT pilgrims from Lourdes, to Paris Gare Montparnass; bus through Paris to the Gare du Nord thence via Eurostar to St Pancras then onward to Wimbledon was a 20 hour journey and a sort of pilgrimage in itself...."