St George's  College Weybridge again provided an ideal venue for the regional day of preparation for our forthcoming Easter Week 2015   pilgrimage to Lourdes.

The photo below is of some of the College students miming a   rhyme in the College chapel which others had to identify, to illustrate  difficulties that can on occasion occur in communications between able bodied and disabled people alike: 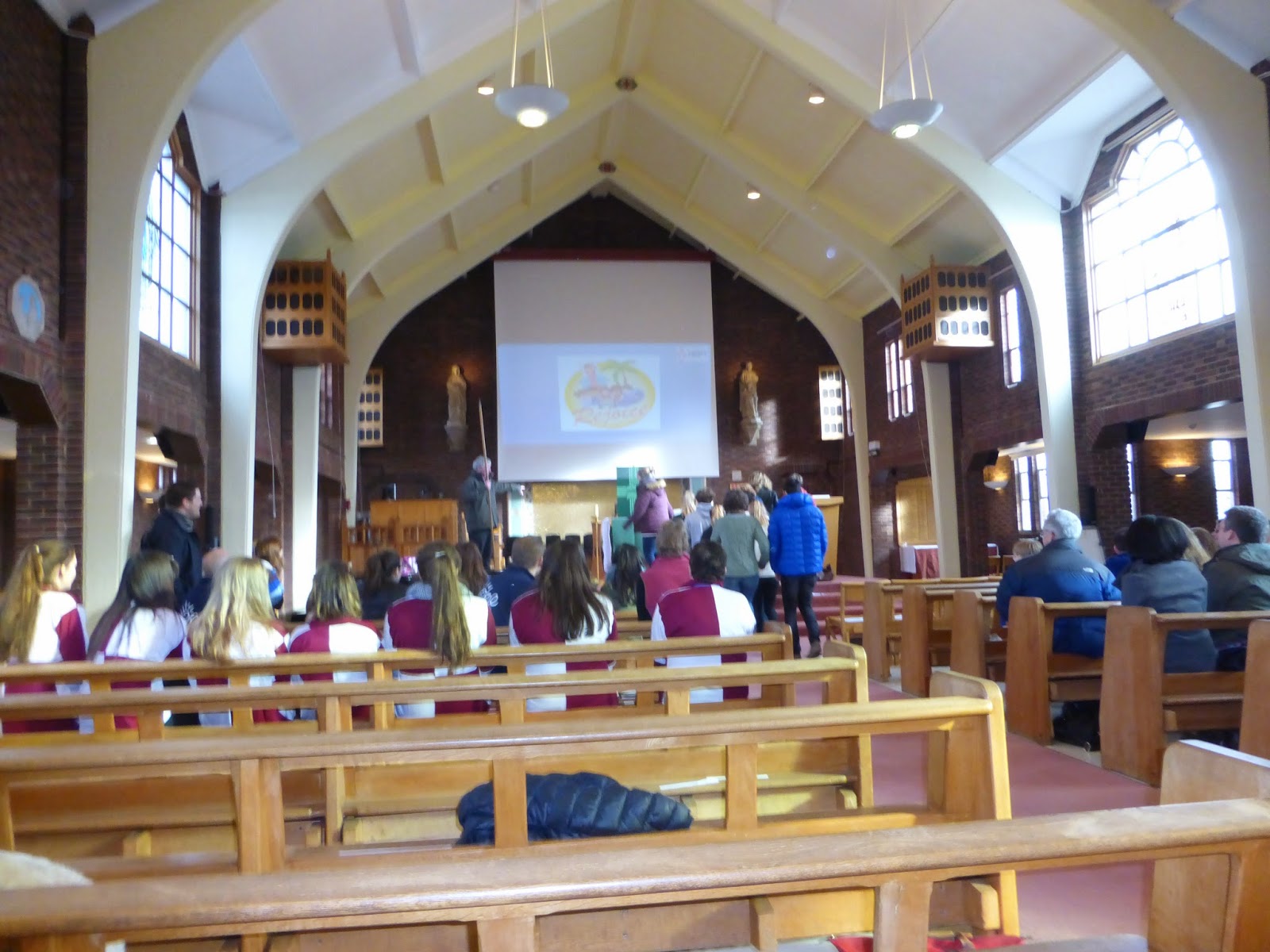 The regional preparation day was attended by some 80 volunteers which for a single region of HCPT The Pilgrimage Trust on a Sunday is not at all a bad turnout.  Three quarters of  HCPT 729 members so far were present  which was excellent.

Bernie who provided much delicious Iraqi  fare for the lunch break told me of her two uncles one of who is the Catholic Archbishop of Baghdad and the other Archbishop of Mosul. The latter along with most of other Christians in Mosul had fled and resettled in a Kurdish Iraqi village in the North. However this fleeing of  Mosul occurred well before the much publicised ISIS atrocities and take-over there which caused me to understand that all the hideous activities of ISIS today are but a further act in the gruesome  theatre that has been playing out in the Middle East for years.

Discussing that over lunch. another Group member mentioned the Tony Blair supported invasion under the pretence of 'Weapons of mass Destruction'. Wrong though  that was  I don't think one can then fairly judge all of today's hideous problems there, Syria and elsewhere in the Middle East as being down to him, The Americans or us.

However   perhaps the lesson to learn from Tony Blair's    President Bush's and our  involvement  then  is that only the local people directly involved can really take action that will make any impact on the evil ones who have no regard for human life. Where say the female half of the population is being  subjugated and denied education as was the case in Afghanistan then the world may need to step in using force if necessary  but imho, not otherwise.

Reverting to the HCPT preparation day: Despite the serious nature of the conversation over lunch  the preparation was a great success and covered many fun and jovial aspects as well as those which of necessity are  serious. The mingling and getting to know other helpers from other groups before setting off on the Easter Pilgrimage together is clearly benecial and long may that continue.
at January 25, 2015