On  the Wednesday afternoon  before Easter the office electrical power suddenly failed. The effect superficially reminded me of the power shortages in Ted Heath's time in the 1970s during the national coal miners' strike. However at least in the 1970s there was advance notice of power outages and then work was still possible using paraffin lamp for lighting and writing letters and opinions out by hand. My old firm being the first in Europe with a hard disk computer was probably affected more than most but we manged to keep going throughout that time of industrial strife.

In 2015 however the situation is quite different. Nearly all employers and certainly solicitors' firms depend upon computers,  photocopiers digital printing, emails etc for running business and keeping clients interests to the fore. Thus when the power suddenly failed on Wednesday afternoon there was little that could be done at the office so most people went home. Even there however Blackberry and other remote communication was largely ineffectual as the principal computer centres were still blacked out.

Upon turning up for work on Thursday 2nd April the offices and whole area were still blacked out so after chatting with the office security staff I walked half a mile or so to the first coffee shop showing electrical lighting on and adjourned for some coffee and reflection. The power was expected to be out for that whole day as well so I returned home.

Back at work this week after a refreshing HCPT pilgimage in Lourdes it became apparent how large the electrical outage problems had been for this part of London which includes several theatres.

The use of a large mobile  electrical generator by the Electrical  power authorities enabled theatres offices shops and presumably the few homes in the area to  resume normal functioning. 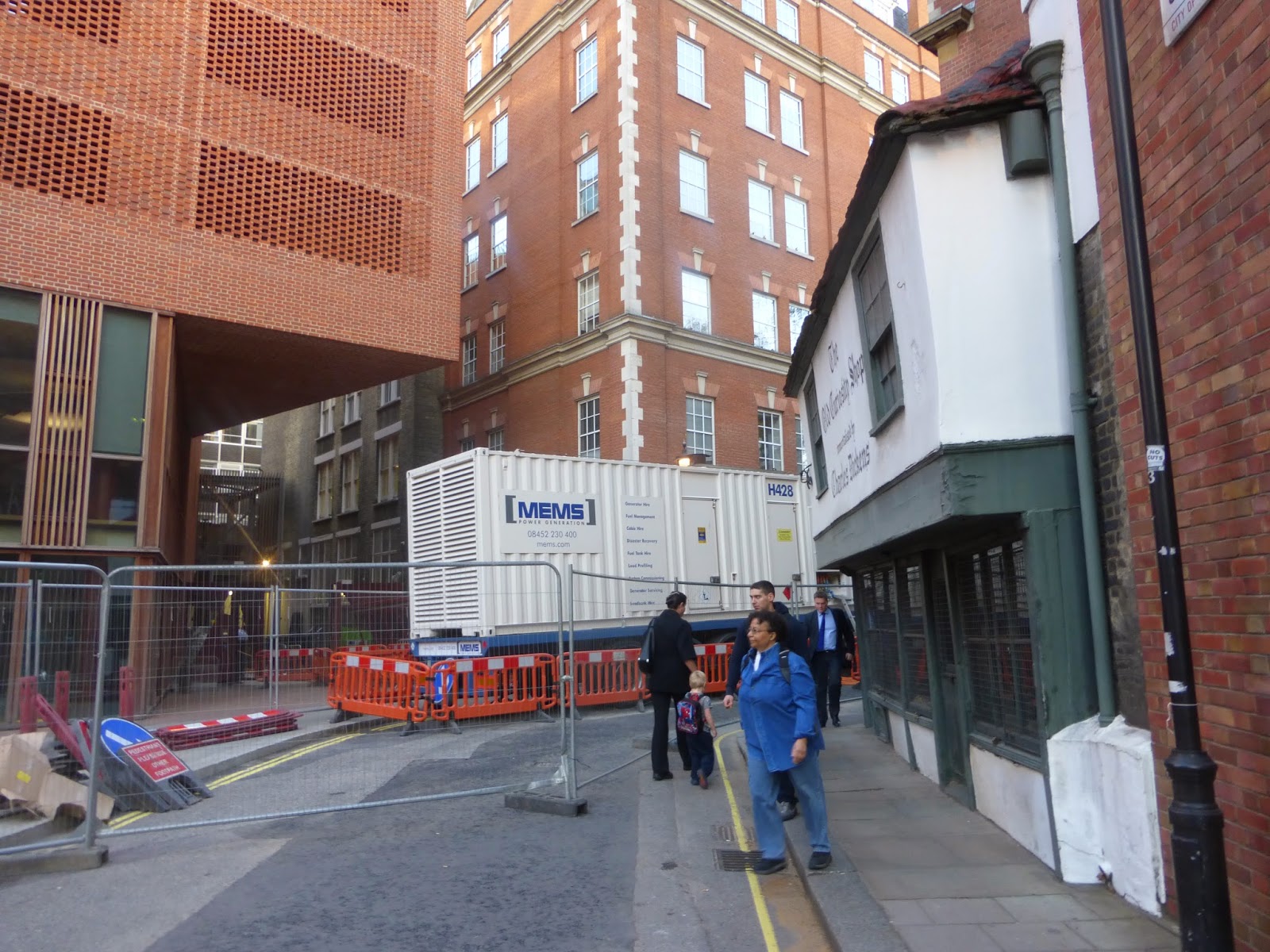 The whole area seemed to need re cabling and many workmen electrical cables, vehicles and machines had to be drafted in to undertake the large amount of work required 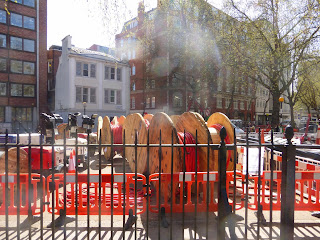 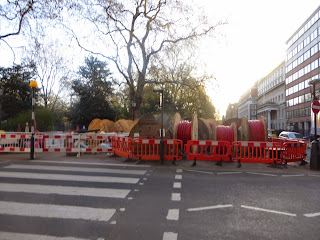 The photos above and to the left show the huge amount of cables and other materials still needed for the repairs stored next to an entrance to Lincoln's Inn Fields.
at April 18, 2015