More on the Iphone

Having for years eschewed mobile phones, an  announced radical change  by BT of its previously hardly used mobile phone arrangements (see my earlier blog post at BT mobile history for some history) mrs maytrees and I acquired new iPhone 6s which under the new BT arrangements will cost £10  monthly each rather than the £40 total monthly set out in my previous post.

The new iPhones  were hideously expensive to buy but are hugely interesting and efficient to use so sadly I am now hooked. I suppose having had an underused mobile phone for years and years despite regular warnings from BT that the device was so old it was no longer protected  (I am not sure from what  as BT never spelt  out what the lost protection related to) a new mobile was inevitable and hopefully  over the years will   prove at least slightly less pricey.

My old BT mobile took 5 minutes to warm up and become usable after turning on which is one of the reasons I rarely troubled to use it, whereas the iPhone is almost instantly ready for use upon being switched on. Its pictured  instructions for use are simple even for an ignoramus like yours truly, to comprehend.

The iPhone camera is fun and efficient as illustrated by a couple of pictures  taken on time   away from the office  on business last week: 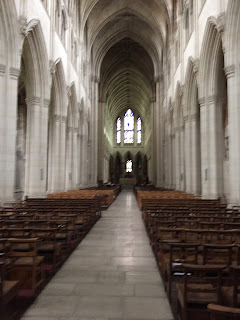 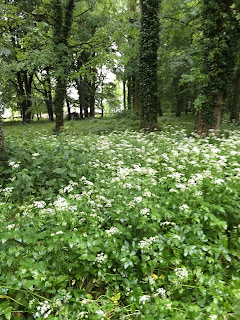 The weather was wet  and dull yet the iPhone  photos are not too bad including the one on the right taken outside in a nearby wood at about 8am.

I can see why the modern mobile/cellphone is so popular and regarded by many as almost essential. However the purchase price plus rental is hardly inexpensive. I gather that many do not buy their phones but have the cost of the  phone included in their monthly rental package. Still  they are not cheap and though immensely interesting to use, not essential imho.

Where to carry such phones while on the move is another issue. For many women the handbag is the obvious simple solution. For men a pocket might be an answer though the possible health issue has not entirely gone away.

Unfortunately (imho)  holding the phone in the hand while walking along  the street seems to be a popular option. This might prove to be  a temptation for street thieves and also  make the holder less inclined to  greet his or her fellow traveler on the pavement/sidewalk, perhaps slightly ironically, making us all more insular and less sociable.