Much in the world seems precipitously poised at present.

Taking a fairly innocuous sounding but still hugely important example, of the preservation of the Ross Sea area of the Antarctic and using the Wikipedia map below to illustrate its location: 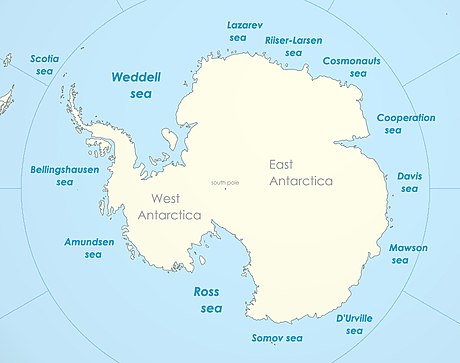 A major diplomatic effort is under way to persuade Russia to agree to a conservation zone in the Ross Sea, a stretch of water in Antarctica that is home to large populations of whales and penguins as well as dozens of species of fish.

The Ross Sea is one of the world’s most important ecosystems, a largely untouched marine area which scientists say is the ideal place to study life in the Antarctic and the effects of climate change.
For many years, conservationists have pushed for the creation of a no-fishing zone in the area, but Russia and China have repeatedly blocked the proposals, which need to be agreed unanimously by the 25 member states of the Commission for the Conservation of Antarctic Marine Living Resources (CCAMLR). China is now on board. Russian fishing vessels fish in the area for Patagonian toothfish, also known as Chilean sea bass....Antarctica was discovered by a Russian mission dispatched by Tsar Alexander I, which reached the continent in 1820, and ever since Russia has paid close attention to the area.
Thus one sees why Russia is dragging its heels quite apart from what is presumably the nation's appetite for Chilean Sea Bass. Nonetheless the failure to reach agreement  about so sensitive a concern affecting the planet is potentially disastrous. But maybe the Russians like the Chinese have done recently, will come to agree.
Then take the wars in the Middle East.  The USA the UK and others are now blamed if not vilified both for  taking action in Iraq and then for failing to set up a civilised state there, after deposing President Saddam Hussein.  More recently the UK coalition government under Prime Minister David Cameron sought to take direct action in Syria but much national  opposition caused him to refrain. The  strife and bloodshed in Syria then substantially worsened and now there are such huge numbers of refugees from that country seeking sanctuary principally in  Lebanon Turkey and EU countries, that one wonders whether had  the UK  the USA and others   been more supportive to the Syrian population at an earlier stage, the bloodshed and refugee crisis  that exist today would have been far less severe.
The worlds nations have created the United Nations which in turn has a Security Council. The risks to the planet arising  both from the huge increase in CO2 illustrated by warming sea temperatures and ice cap melting as well as by national interests being claimed in the polar regions (eg see above) and from man's continuing inhumanity to man, illustrated by the bloodshed in the Middle East, in my view warrant the UN now in C21 being given far more power, based perhaps on majority voting rather than invariably requiring unanimity, for really serious action.
A conference should be convened as soon as possible to discuss ways in which the UN should be reformed to facilitate the survival of the planet for example as regards climate change and tackling mankind's dreadful wars.
at June 11, 2016