Maytrees max having decided to treat his aunt (one of my younger sisters) to a stay in a rather nice hotel for a long week-end  in St Helier Jersey near his own flat and workplace it was rather fun for her to be accompanied by mrs maytrees and I last week end. 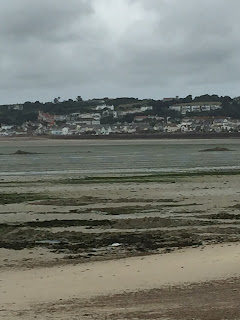 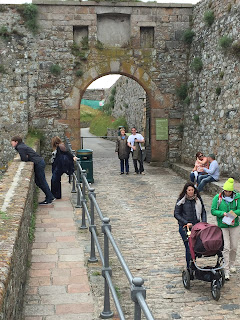 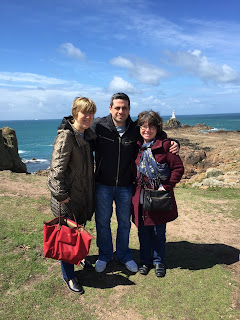 However we decided to walk back the 8 miles or so from the lighthouse in the distance above to St Helier and our hotel.

The walk was along a long since disused railway line. Apparently the line closed in about 1933 but was 'restored' by the Germans during WWII when they occupied the island. The object of the 'restoration' was to be able to transport building materials  and armaments to defend the island from allied attack.

Thankfully WWII ended and the islanders were freed leaving the old railway line as an haven for wildlife and walkers.

There were one or two G & T type refreshment stops enroute back so the walk was not completed in record time but both sister and maytrees max were pleased and I guess even surprised that  the full 8 mile walk was finished at all.
at July 07, 2016