The BBC website has a fascinating account of how some poor people from the Ukraine and Russia are returning to the edge of the still extant, 30 mile exclusion zone around the former Chernobyl nuclear power station.

The disaster of Chernobyl was huge. However Russia is not the only nation which has suffered from nuclear power disasters although theirs is the worst in magnitude that has been publicised to date.

Three Mile Island in 1979 was as I recall the worst nuclear power accident in the USA. That disaster took some 14 years and $1bn to clean up although thankfully, reported increases in illness attributed to the disaster there were small though still significant. The Japanese nuclear power station at Fukushima was disastrously affected by a terrible tsunami/earthquake in the region as recently as 2011. That is recorded as being the second worst disaster after Chernoblyl

The worst case nuclear accident in the UK was in 1957 at Calder Hall.

Indeed my late father who was in the RAF and knowledgeable from his career about nuclear issues,  changed the name of the house the family had just acquired, from Calderwood to simply number 18, so disastrous that accident was. Indeed, the name Calder Hall itself was changed to Sellafield presumably for similar reasons. The Guardian newspaper reported some sixty years later:

It says something for how Britain's nuclear establishment worked from the start that when Windscale No1 Pile caught fire in October 1957, it was hushed up so well that even with 11 tons of uranium ablaze for three days, the reactor close to collapse and radioactive material spreading across the Lake District, the people who worked there were expected to keep quiet and carry on making plutonium for the bomb. This was Britain's worst-ever nuclear accident...But we also know from the interviews that it was largely thanks to the courage of deputy general manager Tom Tuohy that the Lake District is still habitable today. When all else had failed to stop the fire, Tuohy, a chemist, now dead, scaled the reactor building, took a full blast of the radiation and stared into the blaze below.

"He was standing there putting water in and if things had gone wrong with the water – it had never been tried before on a reactor fire – if it had exploded, Cumberland would have been finished, blown to smithereens. It would have been like Chernobyl... there was contamination everywhere, on the golf course, in the milk, in chickens… but it was quickly forgotten about," says McManus.
Reverting to Chernobyl which was sadly, a far worse accident than Three Mile Island or Calder Hall, the BBC reports that
On 26 April 1986, Chernobyl suffered the world’s worst nuclear disaster.
An experiment designed to test the safety of the power plant went wrong and caused a fire which spewed radiation for 10 days. Clouds carrying radioactive particles drifted for thousands of miles, releasing toxic rain all over Europe.
Those living close to Chernobyl - about 116,000 people - were immediately evacuated  A 30km exclusion zone was imposed around the damaged reactor. This was later expanded to cover more affected areas....Over the next few months a further 234,000 people were moved out. Almost all left in a hurry. Some were given just a few hours to pack up all their belongings. Others were told they would only be gone a few days, but were never allowed back. Many of the evacuees, who were subsistence farmers, found themselves rehoused in concrete tower blocks.

Yet some people from Ukraine and Russia displaced by the current wars in the Crimea and the Ukraine and who are also very poor,  perhaps because of those wars, have moved back towards the Chernobyl area and set up home there. Again the BBC reports:

It’s not just the absence of war, but a special kind of peace.
Both Maryna and Vadim’s families talk about their love of taking long quiet walks in the forest.
Life may be basic, but neither family wants to move to a bigger town, even if it would mean more friends or opportunities. Their need for stillness after fleeing from the chaos of war is sobering.
"I don’t care about the radiation," says Maryna. "I only care that there are no shells flying over my children. It’s quiet here. We sleep well and we don’t need to hide.”
Vadim says his wife Olena sometimes likens parts of the derelict exclusion zone to their war-torn hometown of Horlivka. But there’s a clear distinction - here on the edge of the exclusion zone she believes their family has a future.
"I felt like we had lost it all," says Vadim. "But now, living here, things are getting better.” 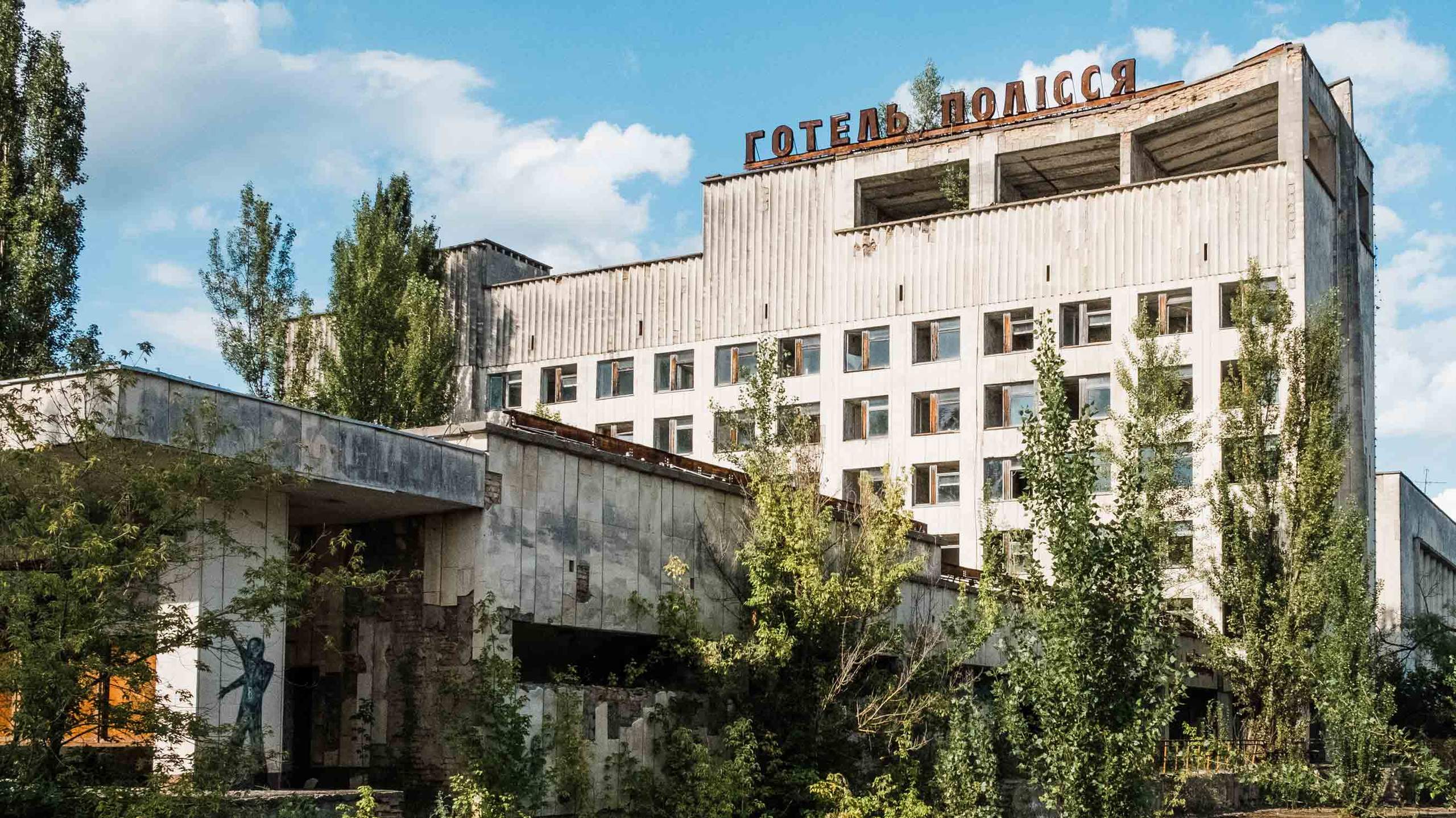 However the risks to life from radiation are still huge in the region and the Russians still maintain their exclusion zone  not only at  the ruined nuclear power reactor but for many miles around it.

This history, more than for example cost, makes yours truly extremely wary of the proposals to build new  nuclear power stations in this country.

The French and Chinese engineers responsible for some new nuclear power station building in the UK, thankfully (in my humble opinion) appear to be finding that they have immense, perhaps insurmountable problems with their projects in England so far.

I would guess that the cost to the British taxpayer of cancelling their project would be huge whereas if the project proves impossible, the cost would be theirs and that this may be the reason for no cancellation directive being issued so far.