A sixtieth birthday needs a special celebration and so it was that mrs maytrees and I spent a few days celebrating hers at the Waterhead Hotel and environs in the Lake District. We decided to eschew driving up from Wimbledon but instead took the Virgin Train from London Euston. Happily the UK train companies allow the over 60s to  a fair sized discount on the cost of rail fares. The price of a ticket to Windermere turned out to be £64 return which seems like good value given that it saved the chore not to mention the cost of a perhaps 6 hour car drive from SW London and back.

Unlike say St Ives in Cornwall the Lake District authorities have not really learned how to cope with the motor car and I was thankful that we had not driven up. Parking would have been nightmarish though priority was given to cars over walkers in many popular places eg by the length of time taken for road crossing signals to favour pedestrians which even London has fixed more to faciltate walking over car driving. Lakeside local authorities need to do more homework and planning on this as the current system there   needs to be changed to become more C21 and less C20

Local buses did good priced deals for day or weekly tickets and traveling round local lake towns or to the start or finish of walking trips by bus was simple  fairly frequent and reliable.

Having said that we had a great few days not least because almost for the first time in 2013 the sun shone and the weather was hot.

On one occasion having taken a bus from Ambleside  down to Windermere we  were lucky enough after finishing the day's walking  to arrive at the harbour only to find that the last ferry left for Ambleside in about 15 minutes. A balmy evening's ferry ride back was an ideal end to the day and as can be seen from some of the pictures below the sun continued to shine: 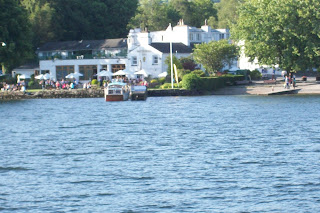 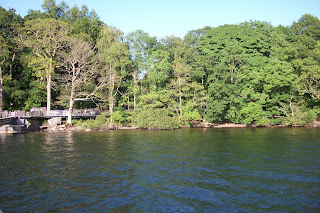 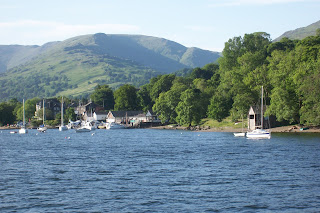 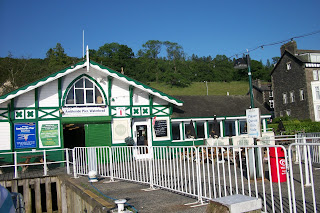 And as can be seen from the photographs below a little walking in splendid isolation was also accomplished in fine sunshine. 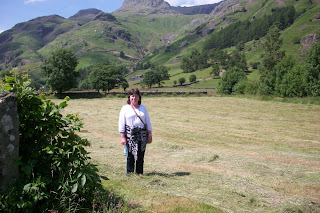 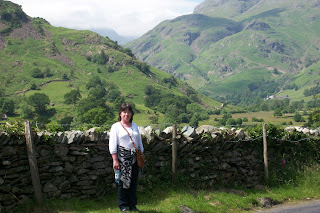