The eight day break at Carbis Bay Cornwall was over all too soon. The first time for many years as I recall that we have had a whole week in the West Country in blazing sunshine. Strange how few people there appeared to be at Carbis Bay  though St Ives - a two mile+ coastal path walk away - was quite crowded.

Some picies tell a better story: 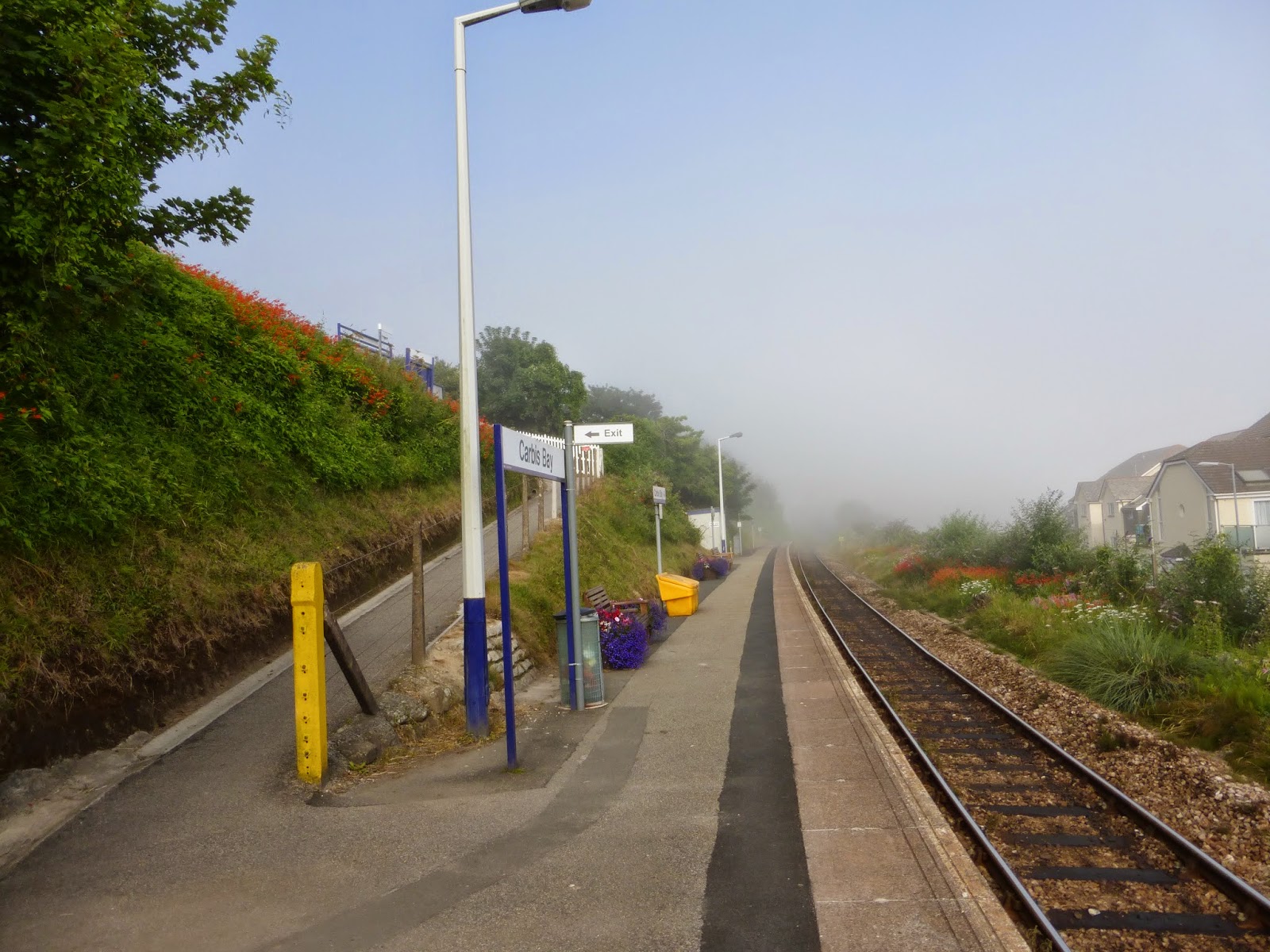 Carbis Bay Railway Station was hardly 200 yds from our apartment and as can be seen is not the busiest of train stations. The journey we took  from London Paddington by train was 5 hours compared with 7 or 8 hours tiring car drive. 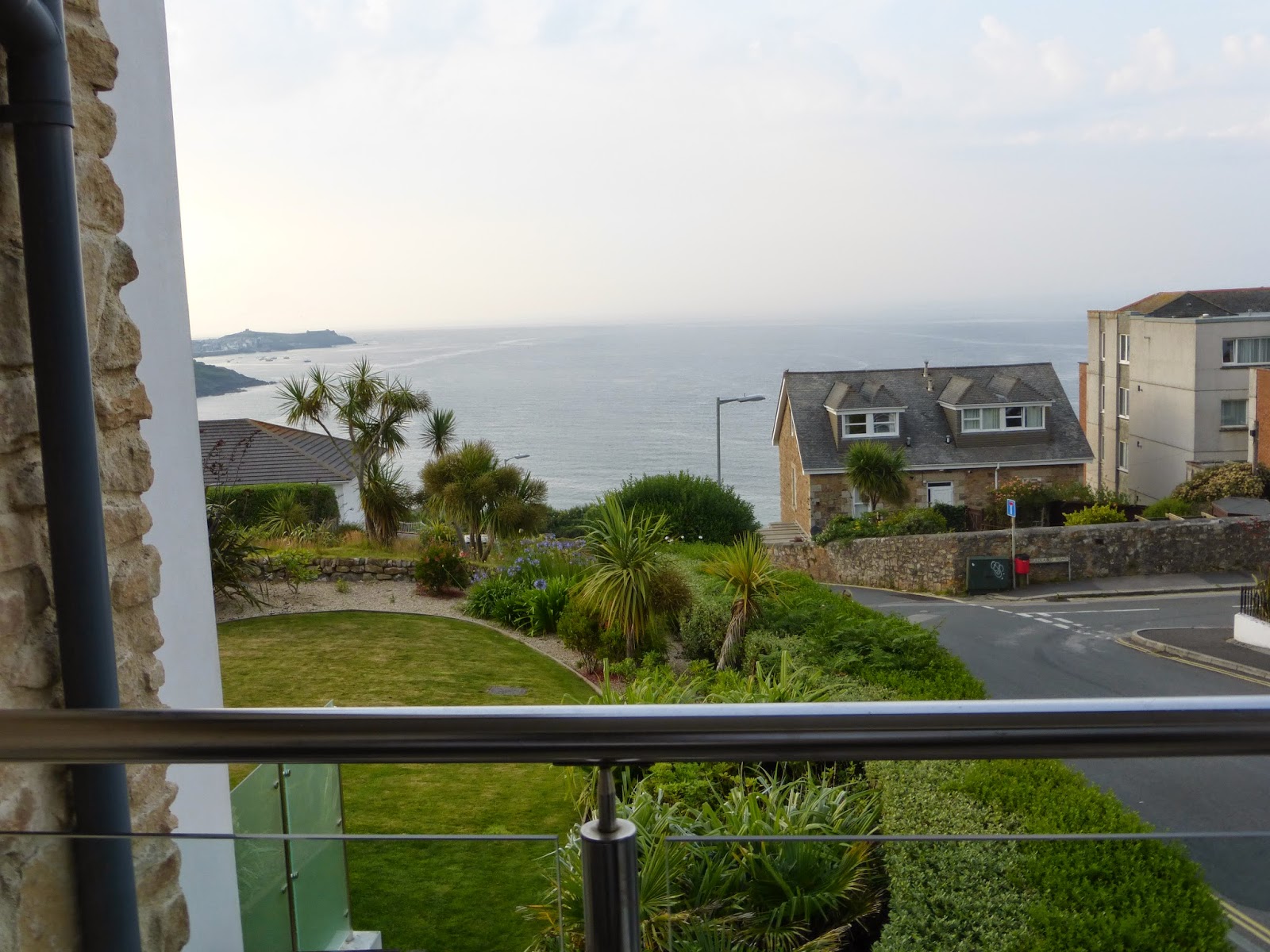 The view from the apartment shows a little more as do nearby views of the beach below bearing in mind that this is English high summer season. My hope is that most holiday makers will continue to travel away by plane leaving us with the solitary spectacles below.: 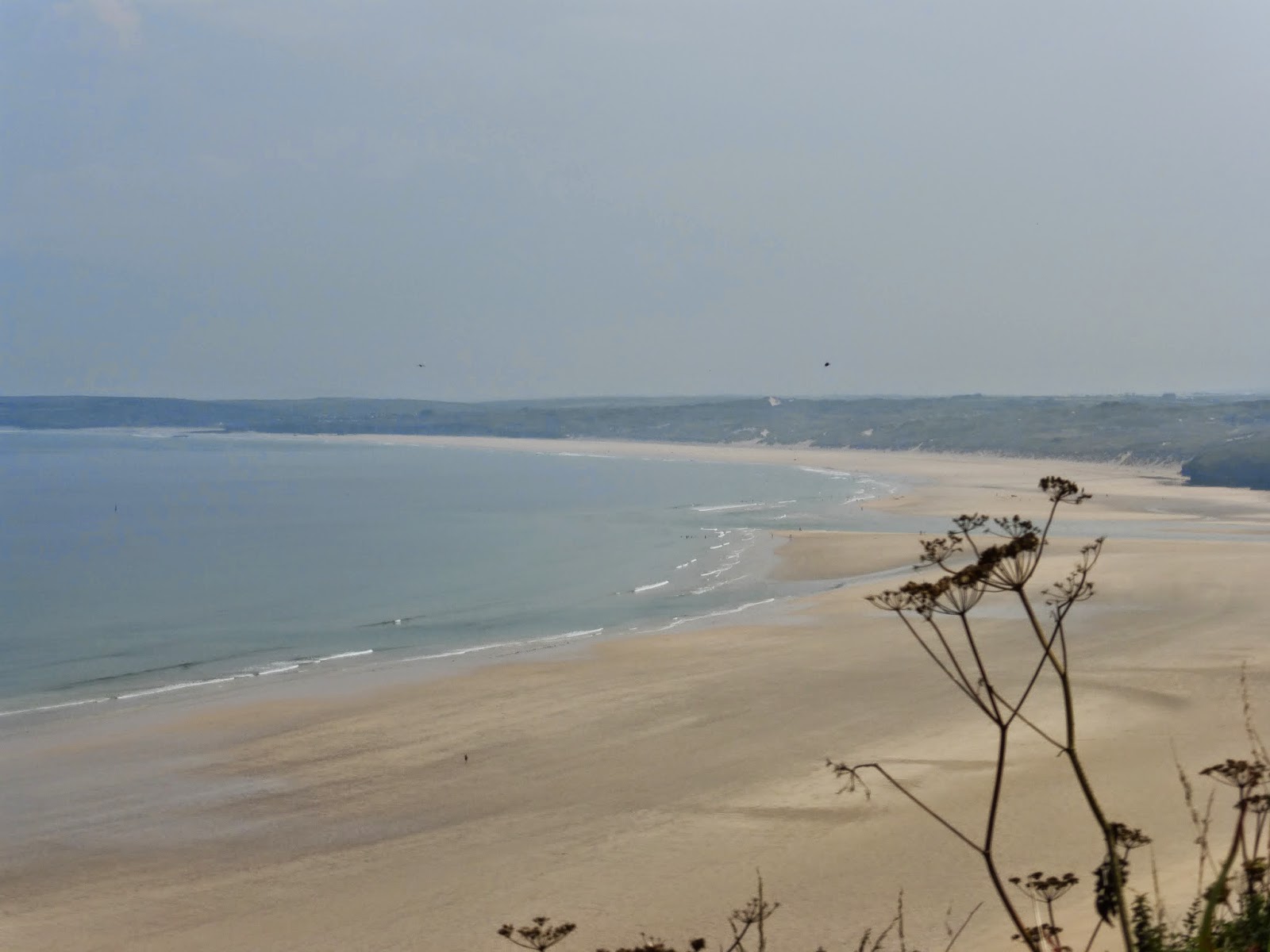 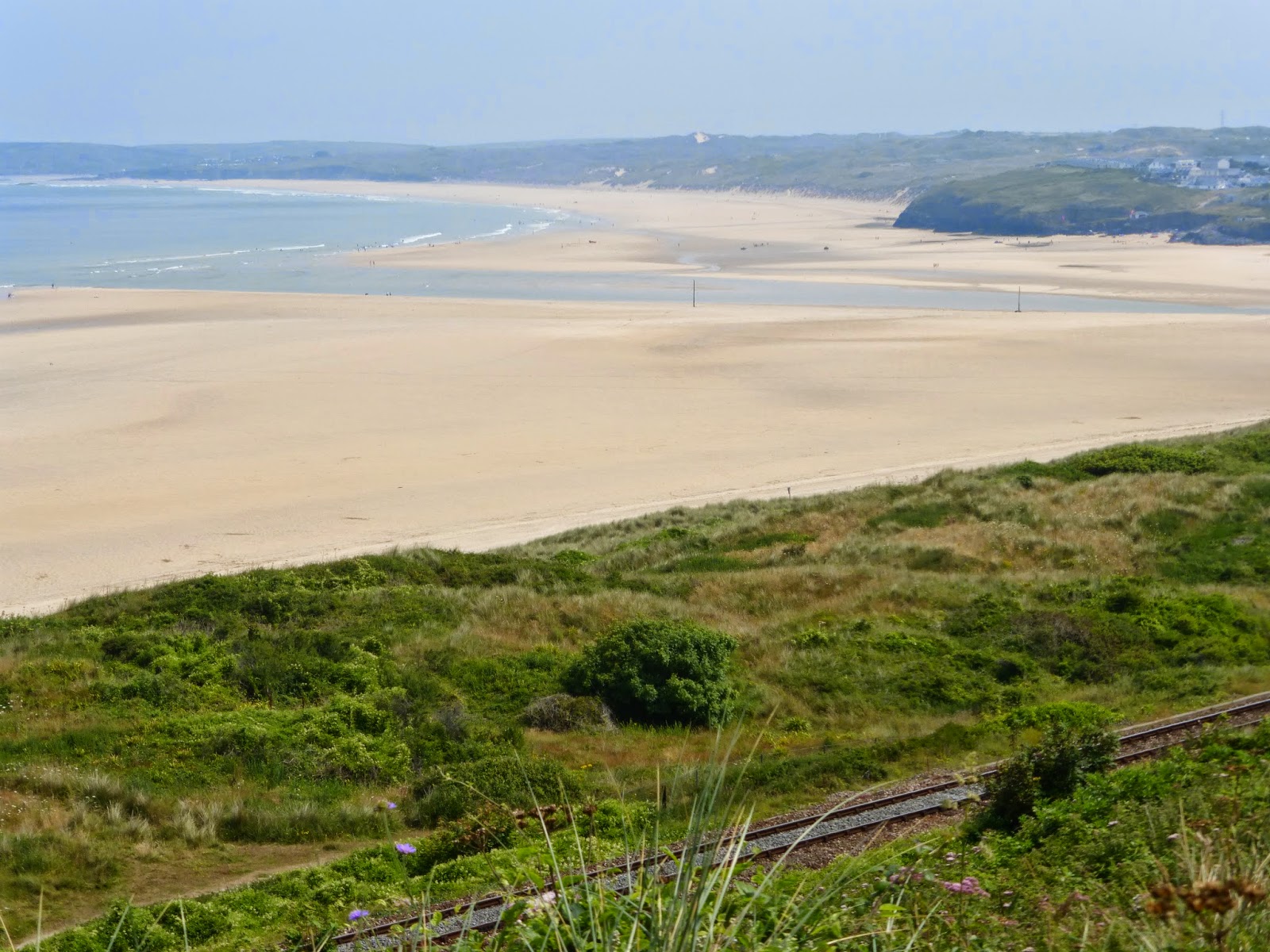 Seals were  quite a sight to watch from a small boat which we shared with some six others and a couple of children. The boatman took us to some rocks about an hours  sail south west of St Ives and though unfortunately I did not have a camera to hand at the time, we were lucky enough to see some half a dozen seals of various ages and sizes on and near the rocks.

On another occasion we were able to take a local bus only half way to Godrevy  and had to walk what seemed like miles to the lighthouse there nearby at which we have seen seals in  previous years in March and April. However there were none to be seen in hot July 2014. None the less the refreshments at the  wooden restaurant before resuming the walk were most welcome. The lighthouse at Godrevy was worth a piccie: 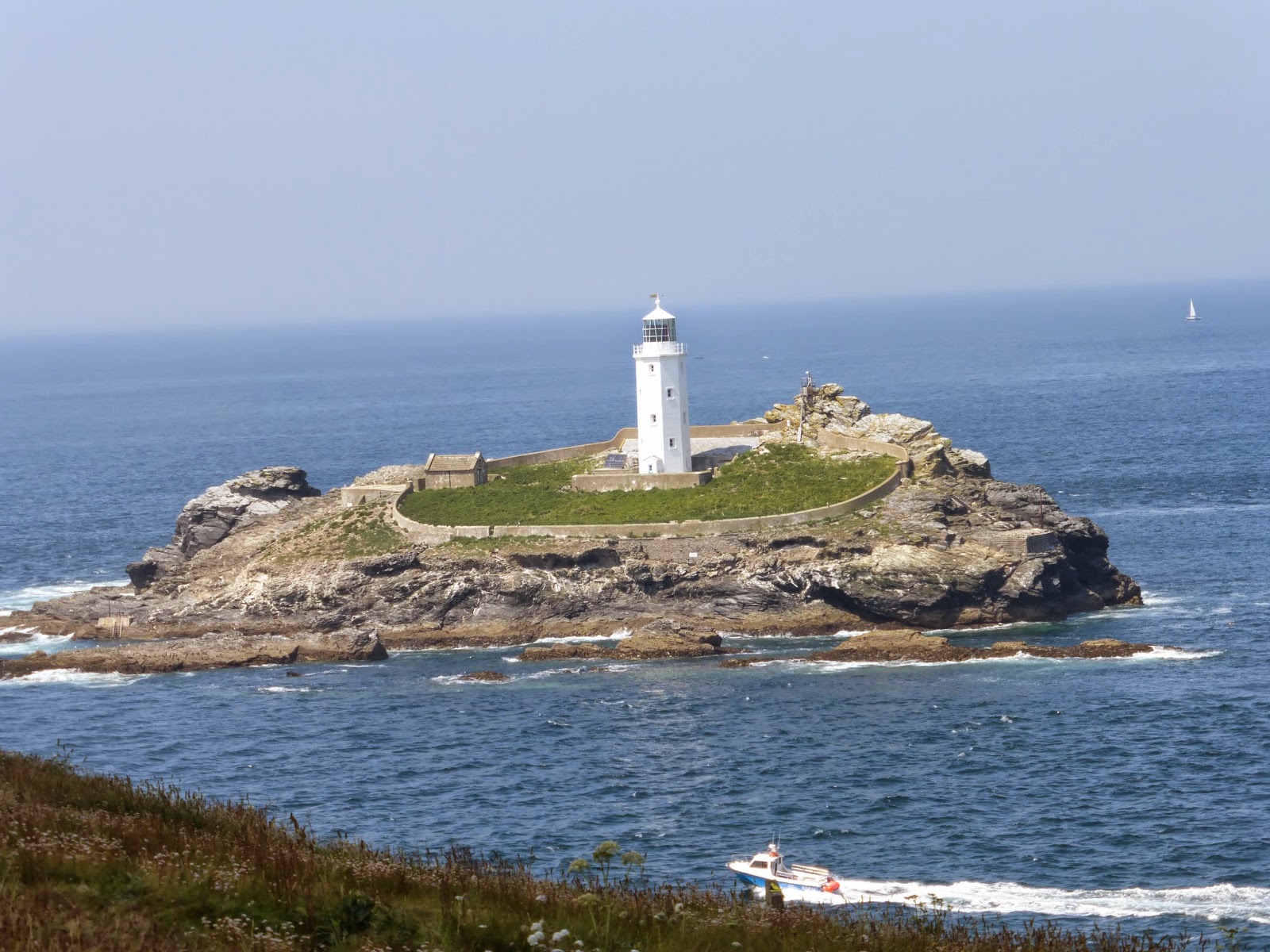 On the return journey there was an air sea rescue which featured on the news that evening though with my amateur camera there is little to see except the sea: 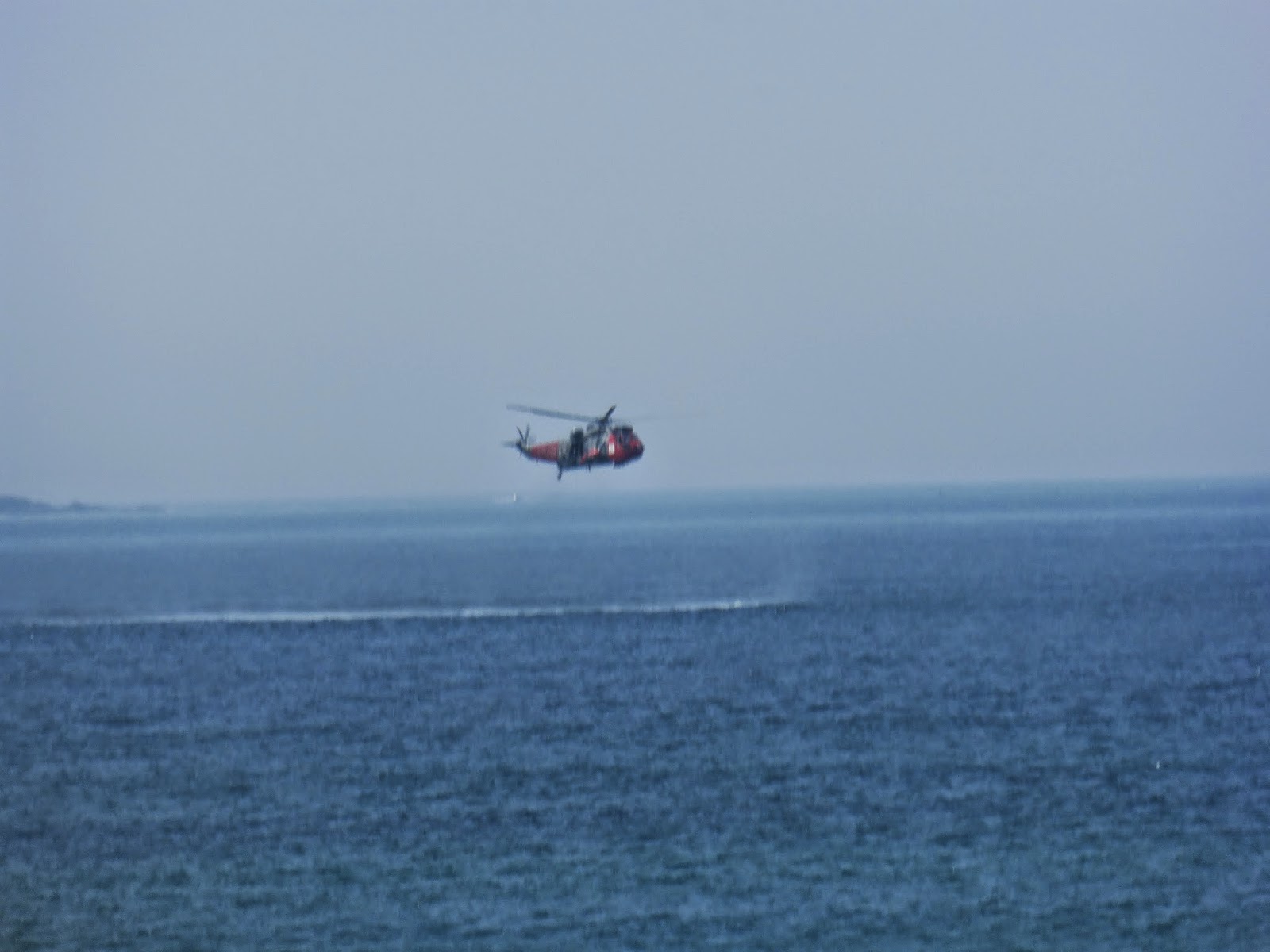 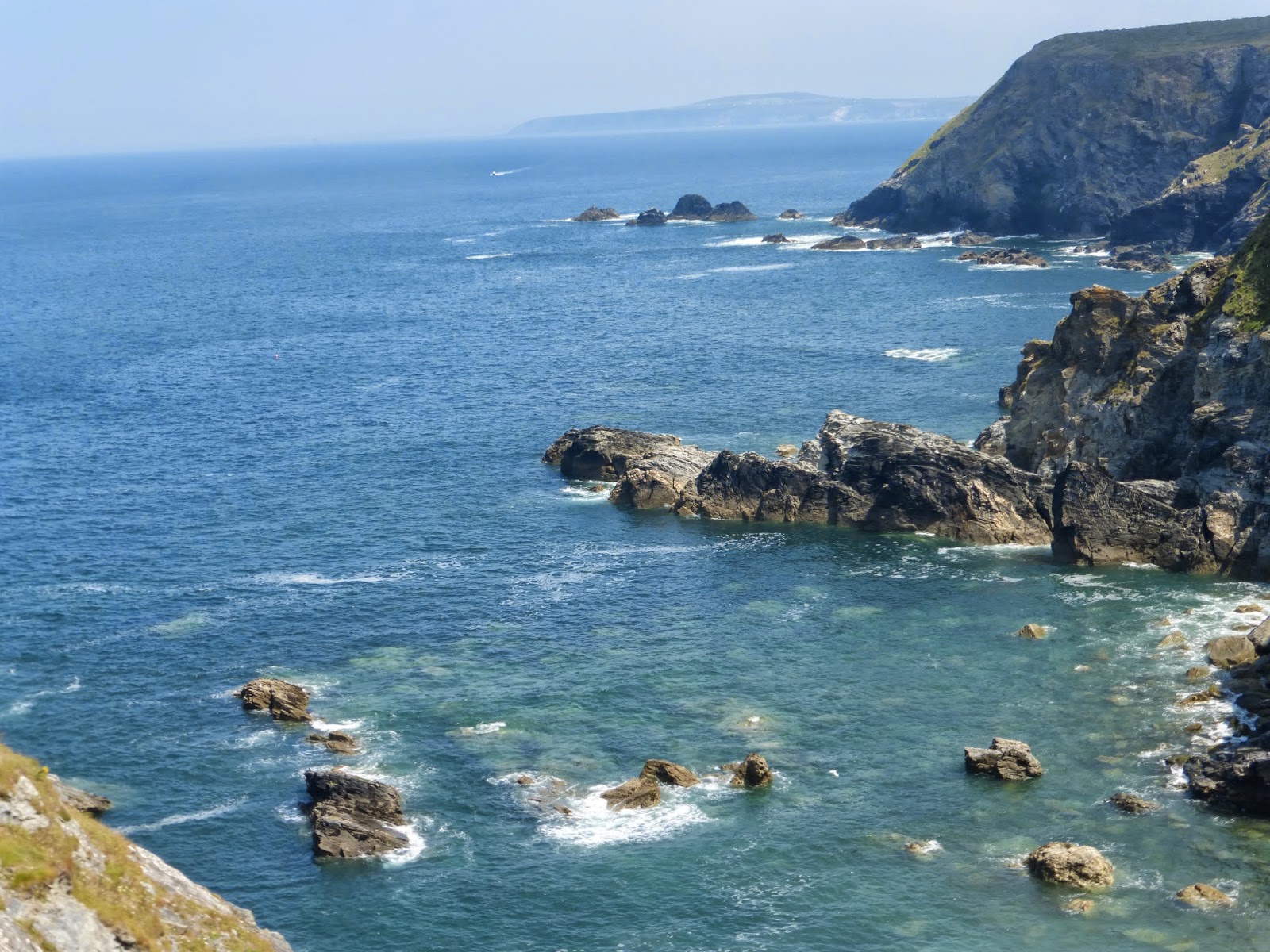 To the right is the usual abode of the  Godrevy
seals which though great to walk to in the 2014  sunshine, was apparently devoid of seals this year. 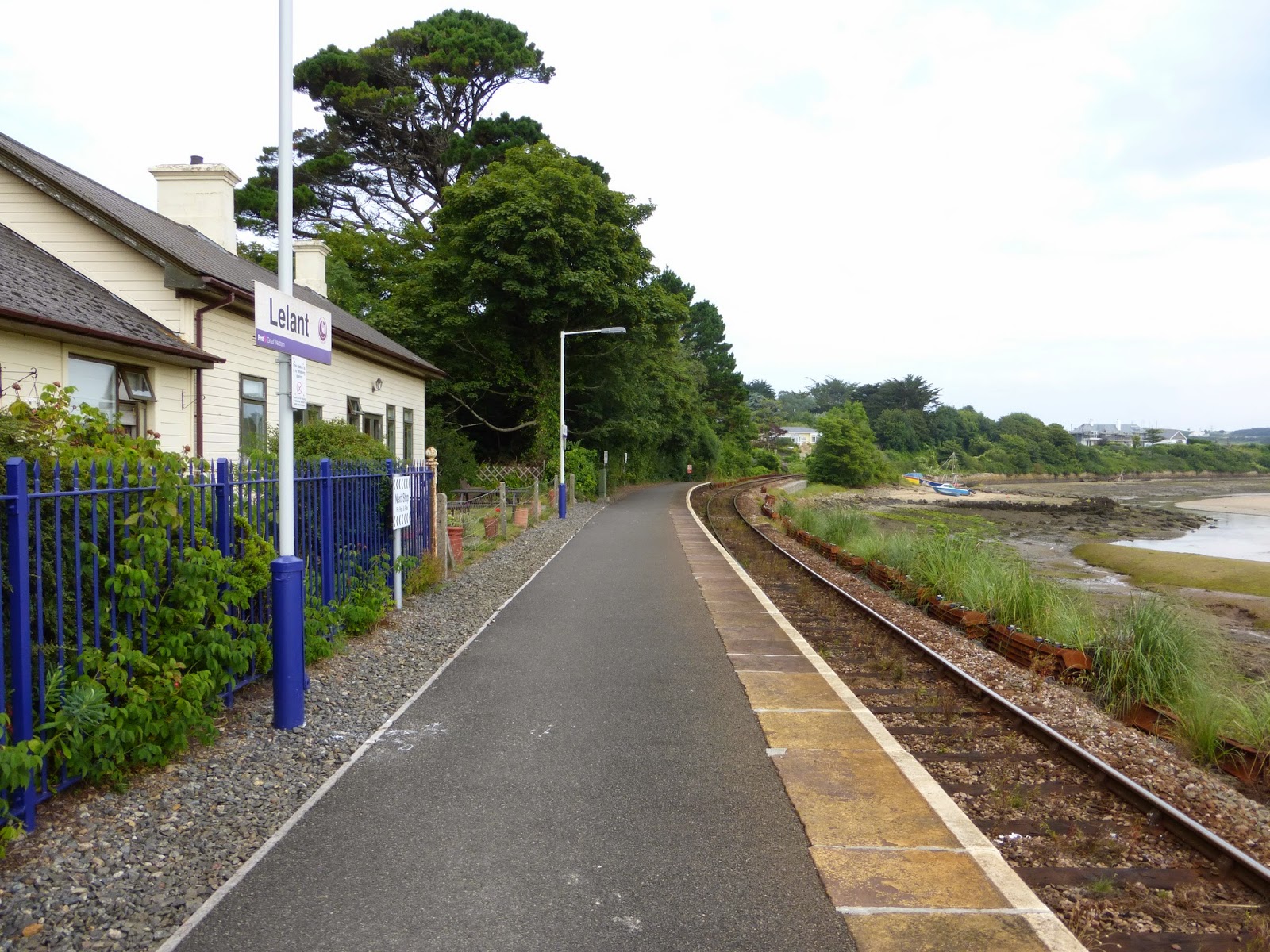 Another walk took us to Lelant which too has a hugely busy railway station as can be seen from the above but lest the impression is given that the break away went entirely without a hitch it is worth noting that on the journey back yesterday a train and signal box were hit by lightning in a fierce storm, which resulted in our journey home suffering some lengthy delays.

The Tate Gallery at St Ives was well worth a visit and with the hot sunshine outside, the Tate's air conditioned galleries  inside  were most welcome.

A great break away just before I finally leave my Pimlico workplace  attended for the past  42 years, to transfer to somewhere slightly different - Lincoln's Inn Fields.
at July 26, 2014