Carbis Bay by train covers as the photo below illustrates  unusually traffic free terrain for this crowded island,  quite away from roads and noisy motor vehicles. 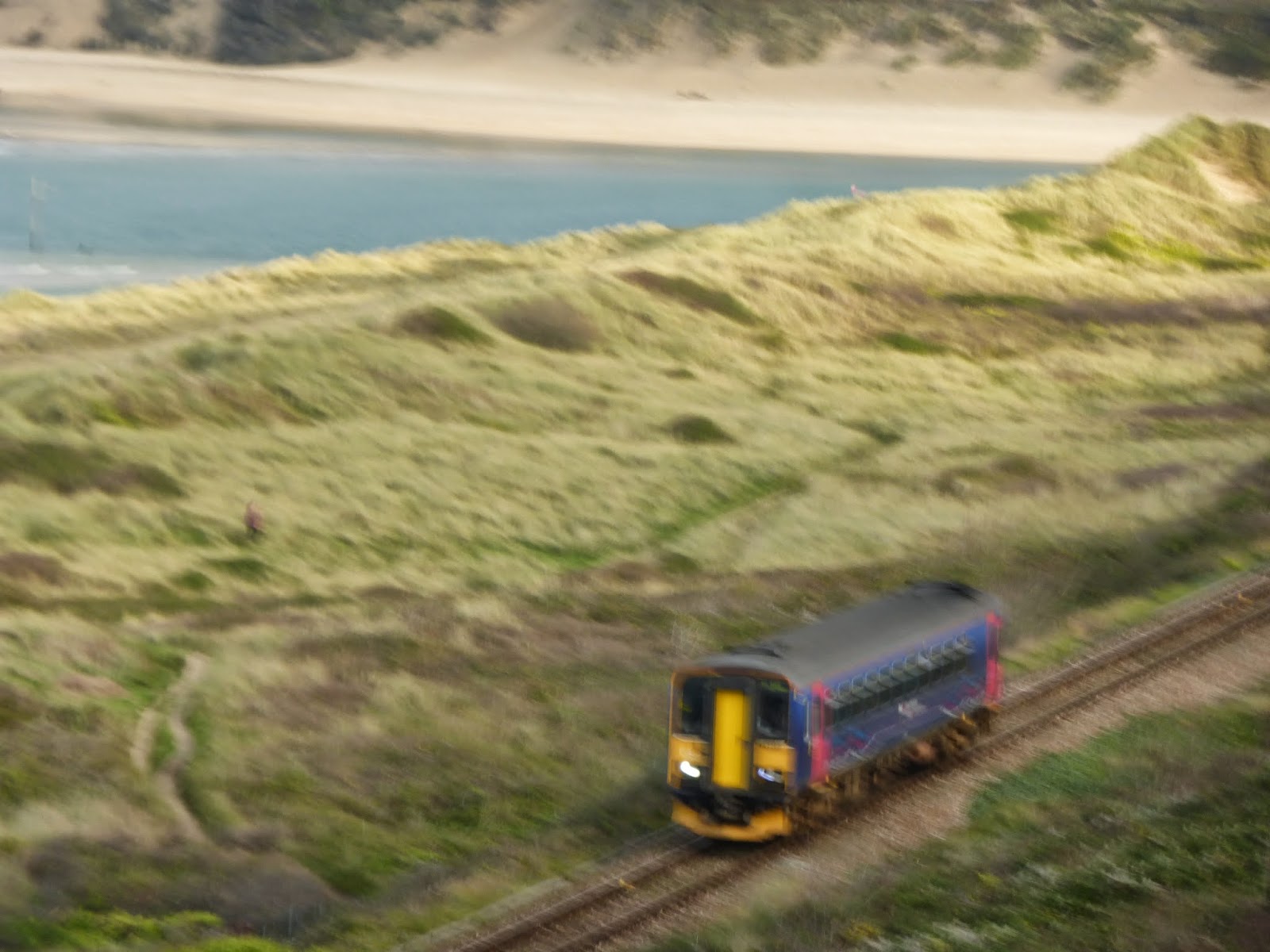 We decided to take a short holiday away from London during the school term time as for over 30 years family followed by teaching assistant commitments, essentially tied the timing of travels away for more than a couple of days to school holidays.

Much of the cold wintry weather that usually affects England during late November seemed absent this year. The news at the same time  from the USA this week of huge drifts of snow and freezing conditions made me wonder  whether weather climate change is now affecting  the whole planet?

In any event nearby St Ives was for some of the time bathed in glorious sunshine and even when rain did set in, the climate was hardly wintry and the temperature quite mild. 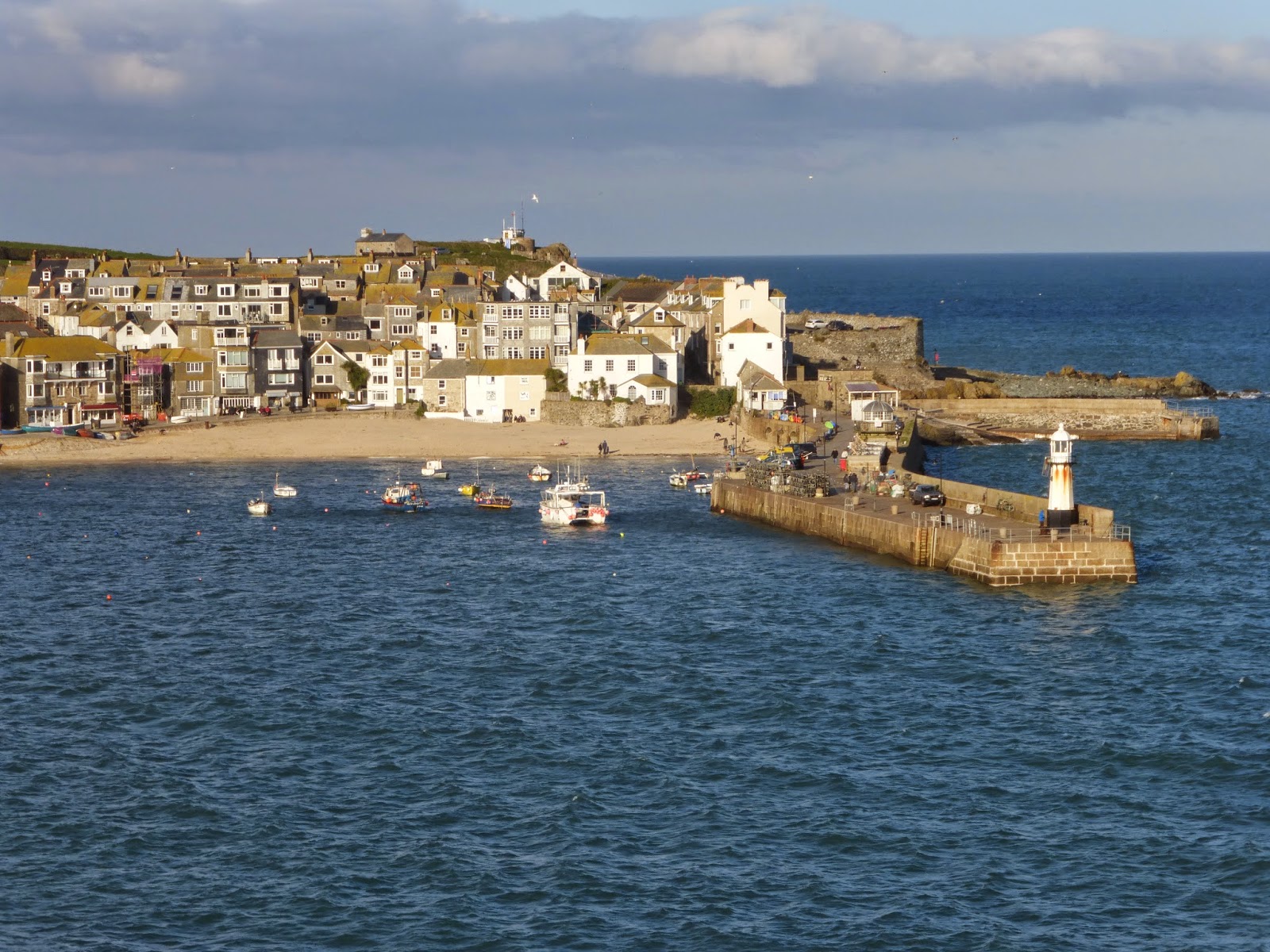 As was Carbis Bay beach - but for the  jacket being worn the picture below could have been taken during an early summer's morning there  rather than a late November's evening. 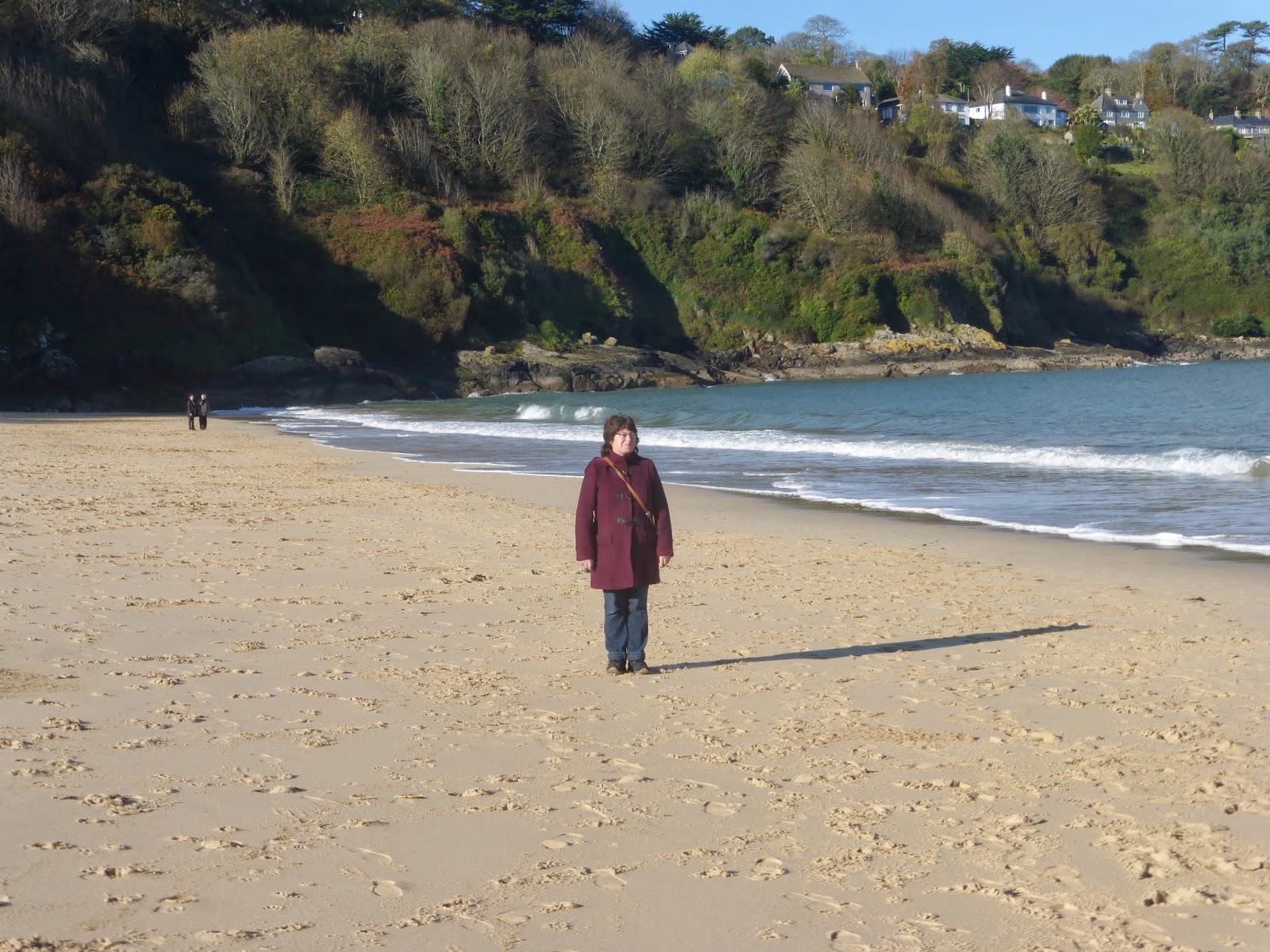 People have always enjoyed coming to St Ives and the Tate Gallery St Ives built not that long ago, on a redundant previously  ugly gasometer site illustrates how popular the town became for artists.

The St Ives Tate  makes an obvious positive impact on on the whole town, beaches and surrounding area.

However although I am not an artist I wonder if the St Ives Tate today makes as much contribution to the appreciation of art as its sister galleries in London's Pimlico or  South Bank (Tate Modern) or further afield the highly interesting Tate Gallery in Liverpool?  The exhibition at St Ives Tate was not sufficiently attractive to attract me to buy tickets and although I have done many times in previous years the exhibitions there have been slightly disappointing although I did enjoy the Bob Dillon art exhibition at the Tate  St Ives a year or two back.

A great  inexpensive break away for a few days in any event.
at November 22, 2014