Belmont Abbey re-visited I was expecting but as it happens, memory played tricks and upon arrival it was apparent that I had not visited Belmont Abbey in Hereford previously although I had met Father Abbott Dom Paul. Probably the confusion  was with Douai Abbey which like Belmont Abbey is a Benedictine monastery and the public schools connected with both had closed some 10 or 20 years or so ago. Douai I have visited previously and  hopefully will do so again.

Dom Paul kindly met me at Hereford Station. The train to Hereford from London Paddington stops everywhere hence the journey time of almost 3 hours. However the fare is cheap especially when compared with the fare from Newport which though not exactly nearby I subsequently learned was a much faster route. Nonetheless the slowness of the train journey encouraged much conversation including an Oxford student who had just finished a session for the BBC's Children in Need  charity.

Dom Paul kindly gave me keys to the Abbey where I stayed, church and grounds  and the privilege and freedom to go where I wished. 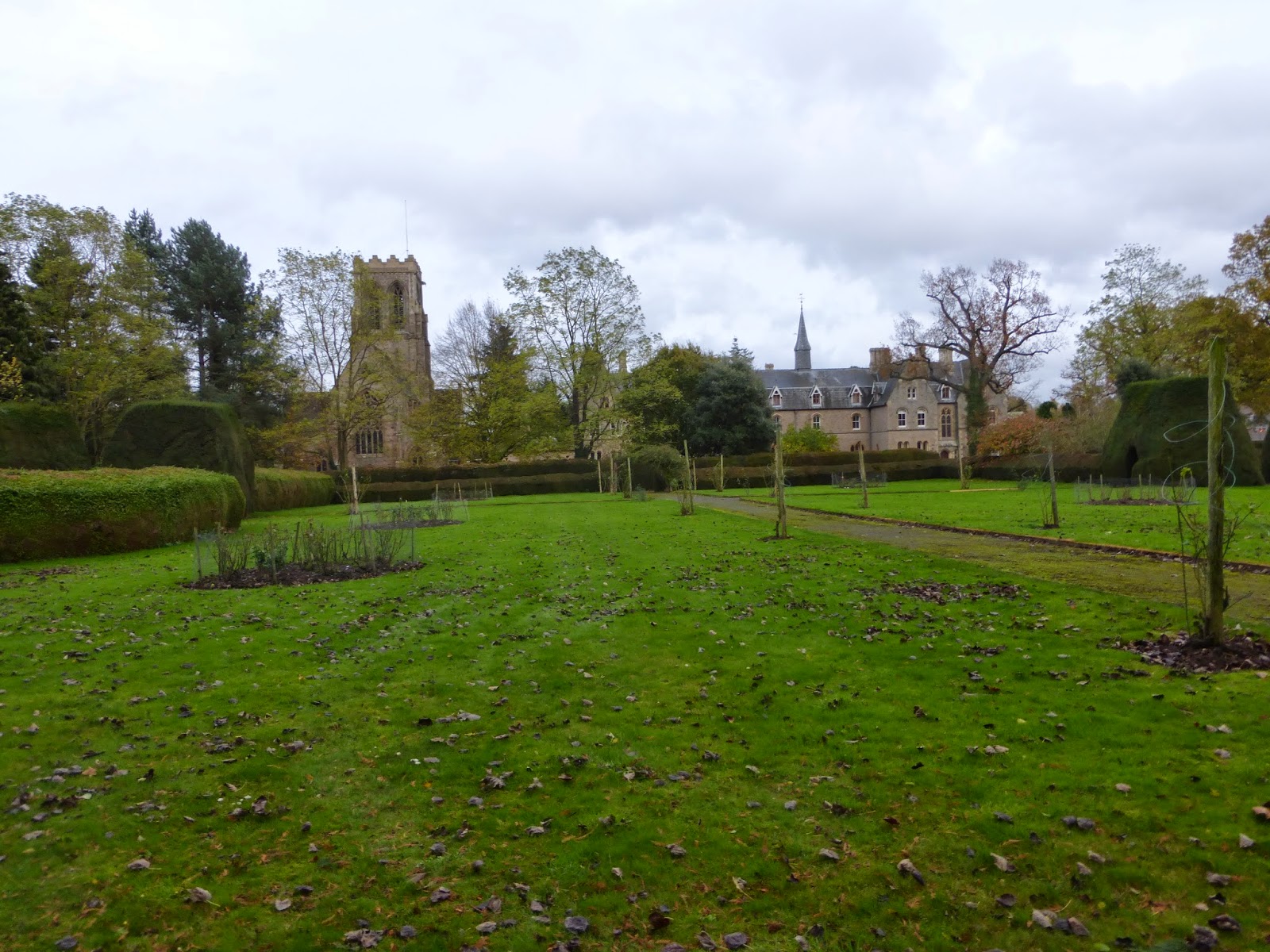 There are about 45 monks or brothers based at Belmont Abbey and impressively there are quite a number of young brothers who are considering their vocations which might lead them to becoming ordained in the years ahead.

I gather that although in canonical terms Herefordshire is in the catholic archdiocese of Cardiff, because Belmont Abbey and many nearby parishes are  in Hereford the monks tend to have been allowed much independence from the diocese in the day to day running of the local catholic communities much as until recently the Jesuits had had at the Sacred Heart Wimbledon parish.

Attending mass and compline with the monks and brothers was a real privilege and despite the fact that English translations from Latin were used, the chanting by the monks with a few of us in the congregation was beautiful. The   Abbey church looks thus from within: 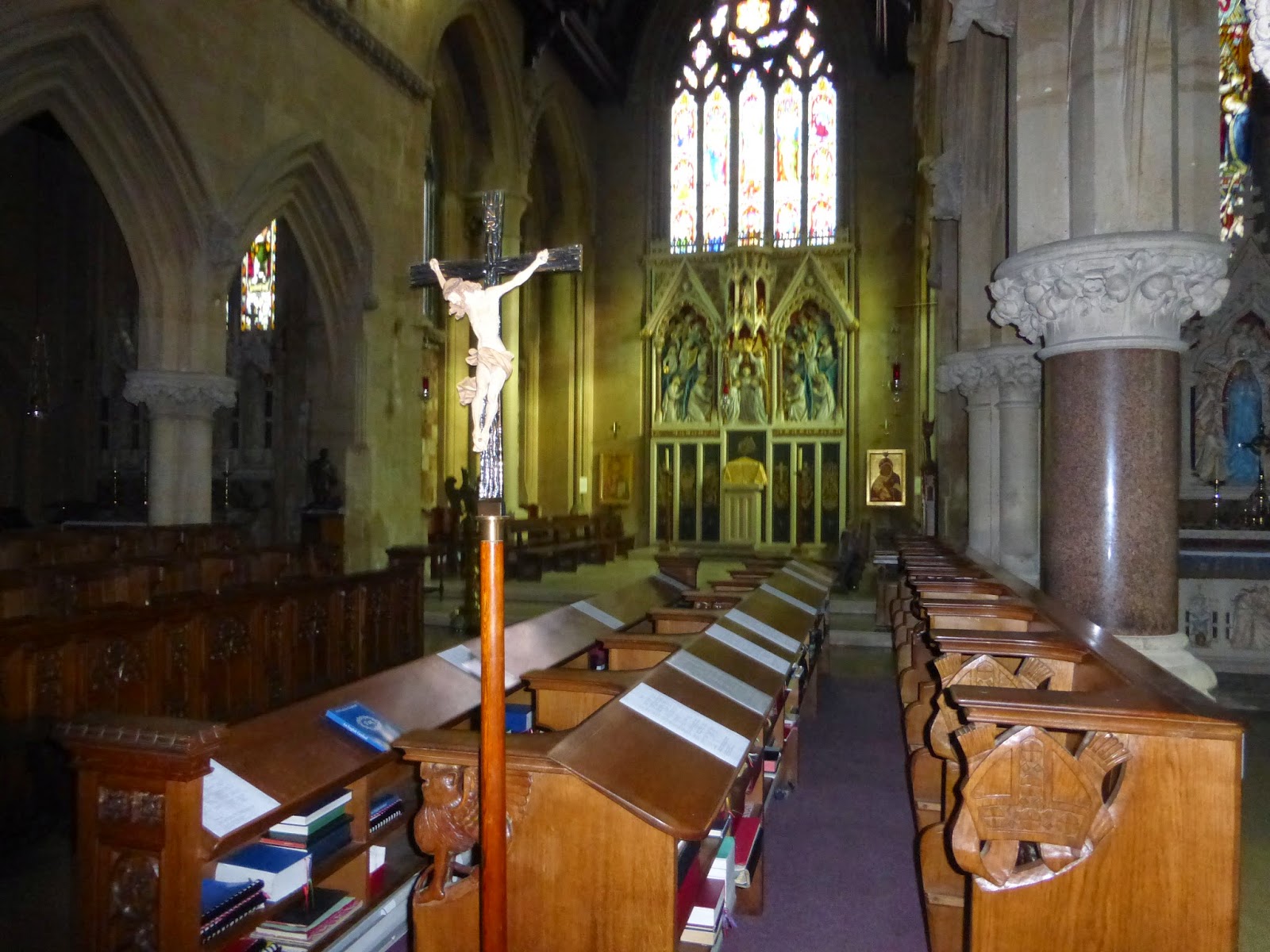 Having been accustomed to the Jesuit way of  community life  whilst at Beaumont, the  periods of silence that are part of the lives of communities of Benedictine monks were new at least to me. Breakfast after morning mass for example  was taken in total silence in the refectory: 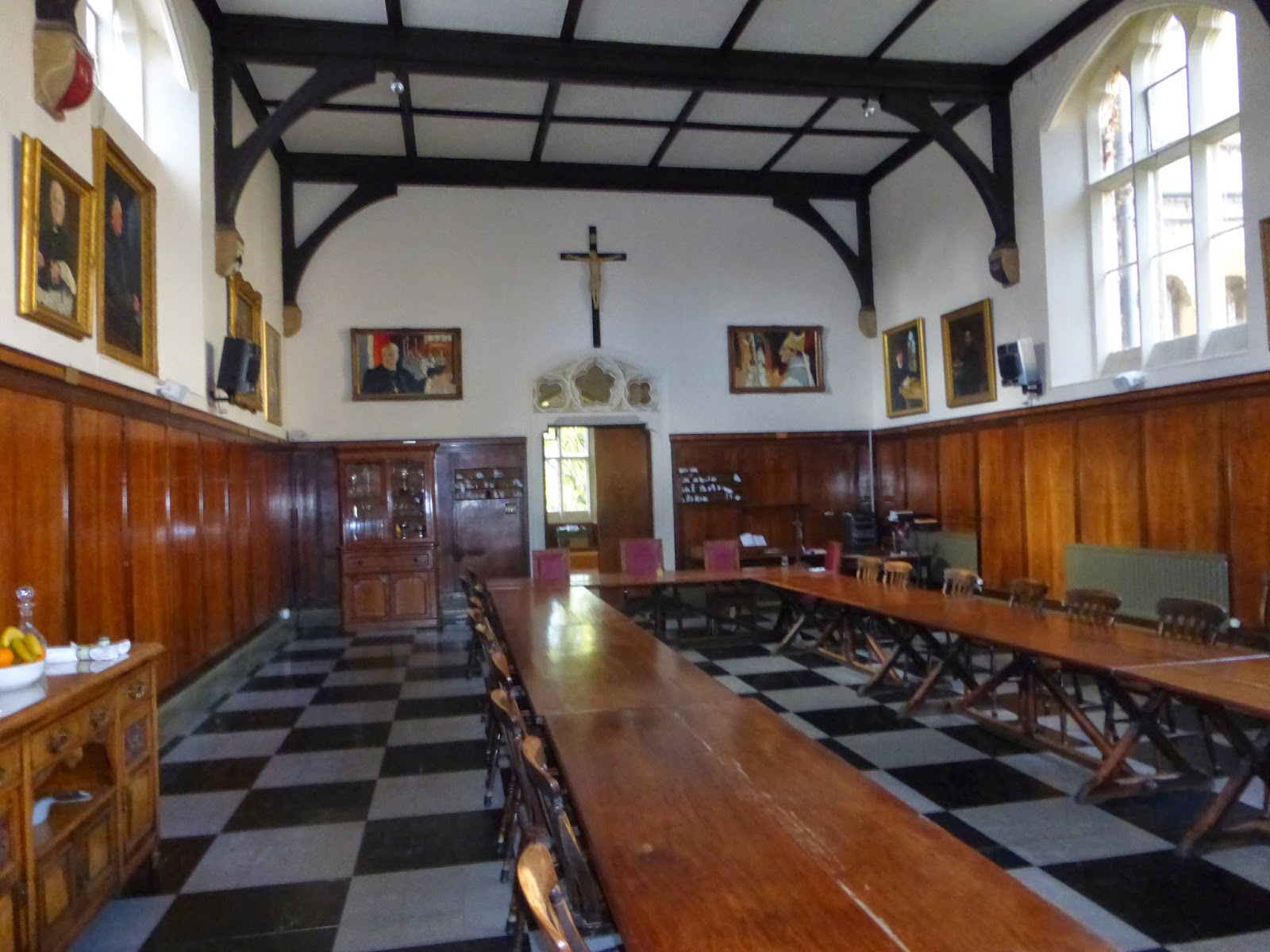 The brothers and monks are a very close knit community but  were overwhelmingly friendly with me as a visitor.

Thus on my last morning  I wandered into their large reading room/library which was empty, to enjoy some coffee and a read of one or two of the morning papers.  Radio and TV is not available or in truth not actually needed by most of the community  in any event.

While  I was reading the morning papers individual monks came in  and we chatted about ordinary events in life and what led them to join their community. One monk who was also a parish priest in the nearby area, mentioned some of his daily work almost in passing and I was surprised and pleased to learn that the chairman of his parish council had been with me at Beaumont College in the  College's final years   and I recalled him well.

Dom Paul was good enough too to take me to some local places of interest. It appears that although Herefordshire is well endowed with churches, they largely escaped demolition and destruction during the reformation affecting some of the larger abbeys and churches in the kingdom. A good example of a local church is: 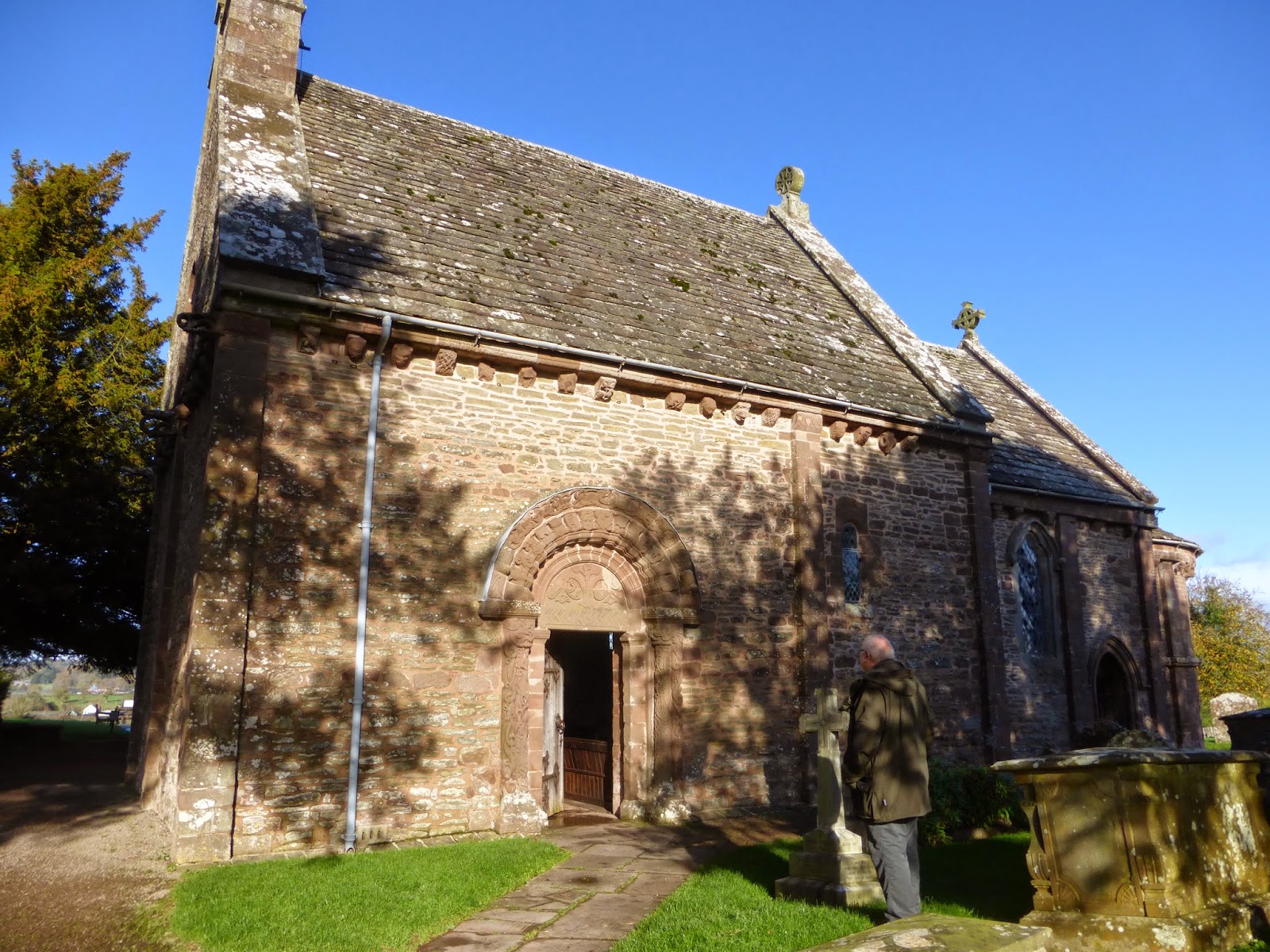 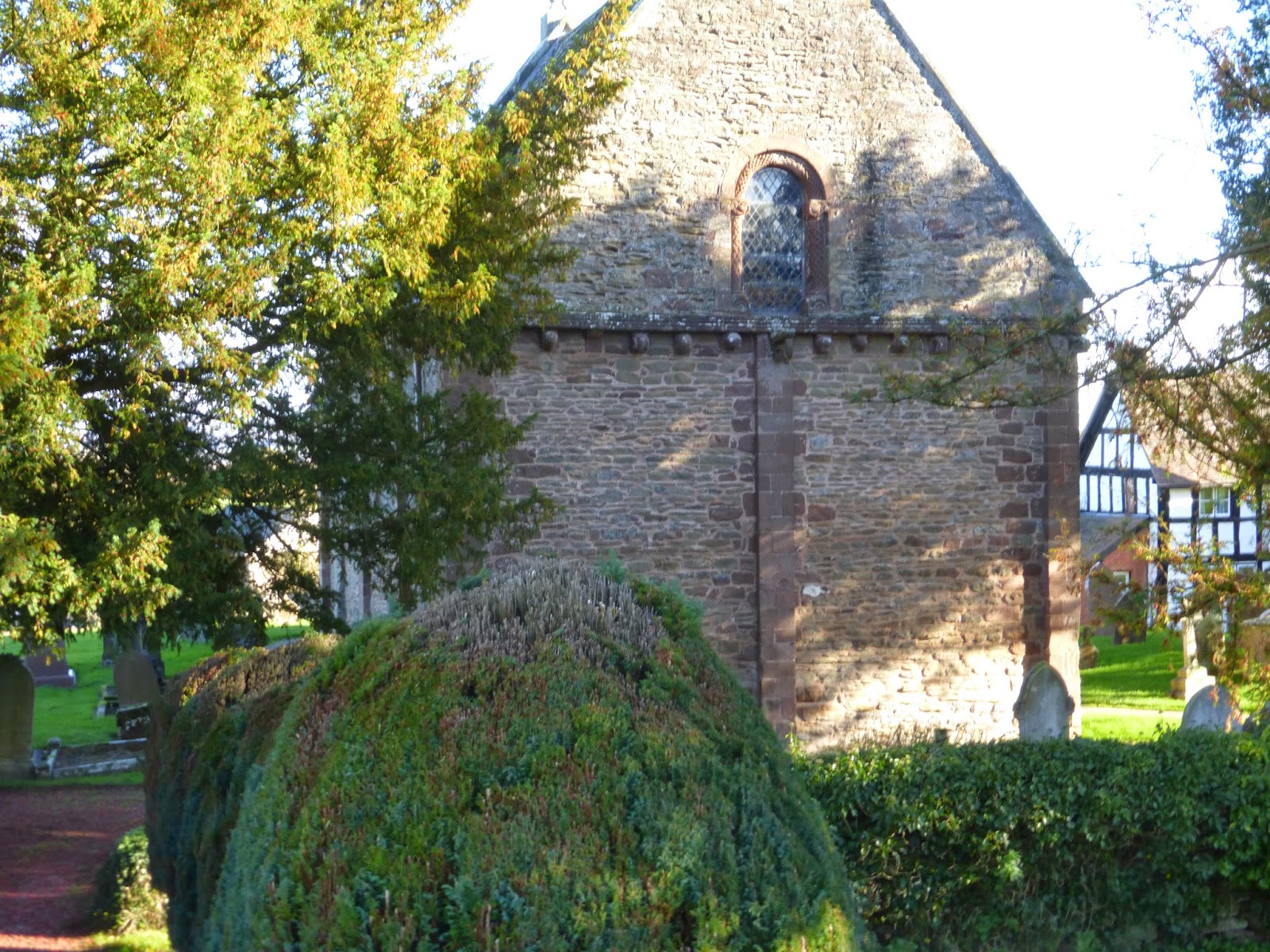 The church has clearly been restored however whereas the castle nearby has not at least so far as I could judge: 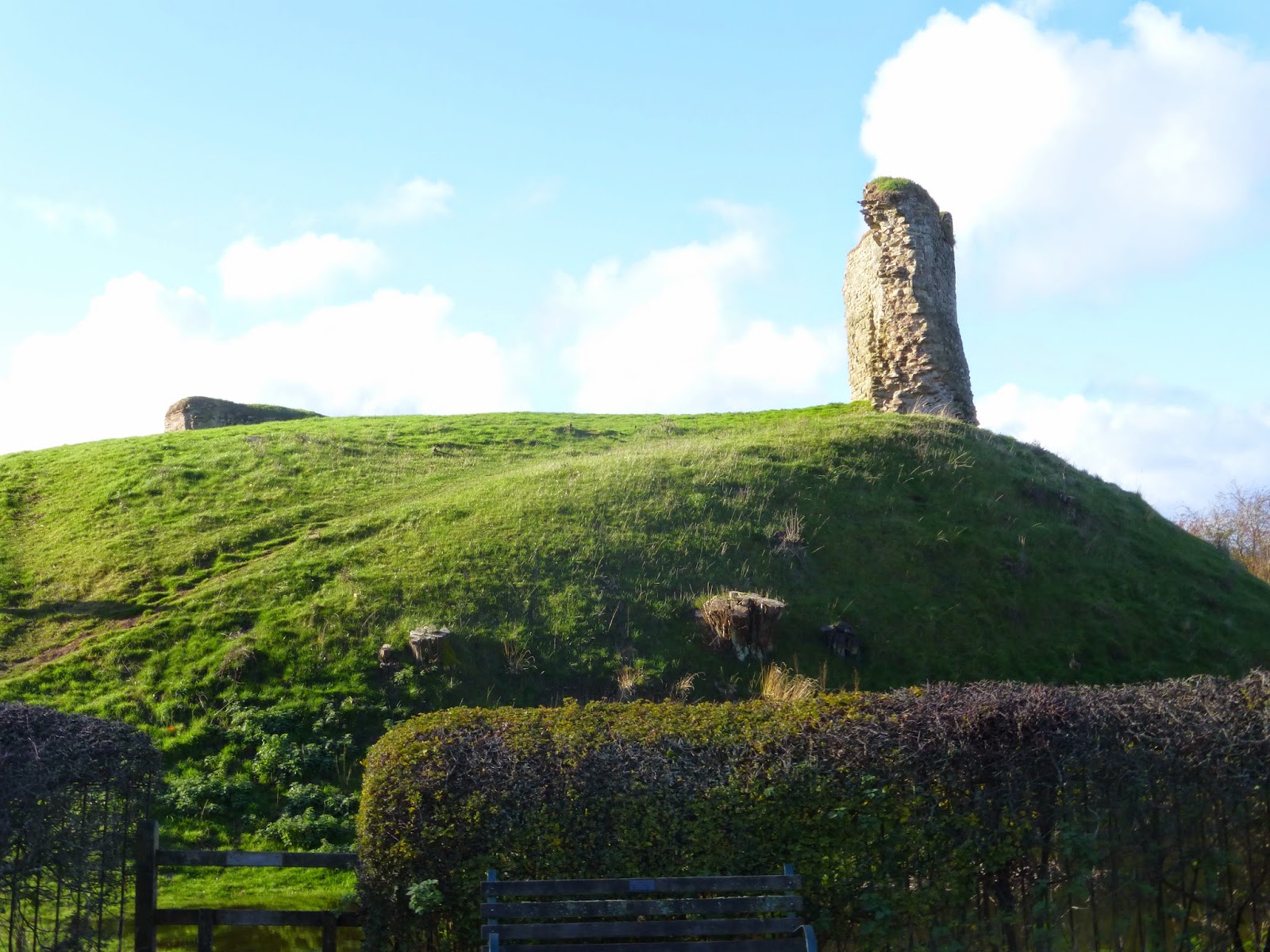 Overall a wonderful feeling of calm in a world that is today almost hyperactive.

After returning the Hereford City centre; a brief look at the cathedral (under repair) and a quick visit to the unusual former Greek  Orthodox church (now catholic) nearby, I took the train back.