The weather for this 9th November 2014  Remembrance Sunday was crisp sunny and dry. The numbers of names of those from Beaumont who fell during WWI and WWII was sizeable totaling some 250 I believe more than any other Catholic boarding school.

The sunny autumnal weather possibly contributed to the large attendances of old boys families and friends.  The two minutes silence  followed by  mass at the war memorial were I felt most  fitting tributes to those who died not only in the two world wars but also more recently in  for example Iraq  and Afghanistan. The singing of the Pater Noster in Latin to the rousing yet sombre  tune I have only ever heard at Jesuit boarding Schools was especially moving. 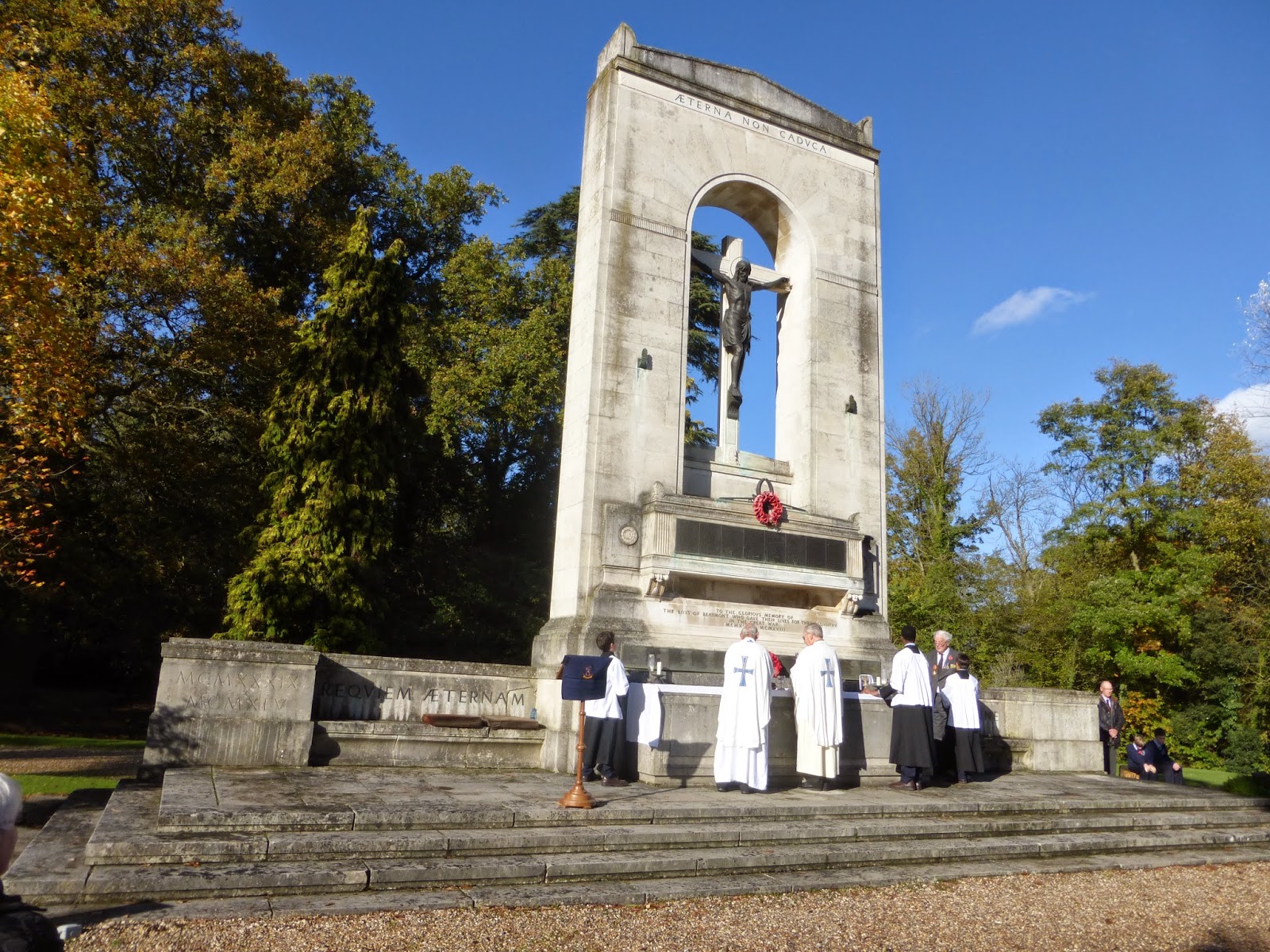 The above shows the war memorial  mass being  celebrated by two members of the BU one of whom was I believe a White Father Missionary.

I  avoided including pictures of those attending mass in the photos but the attendance was I'd estimate well over 200. 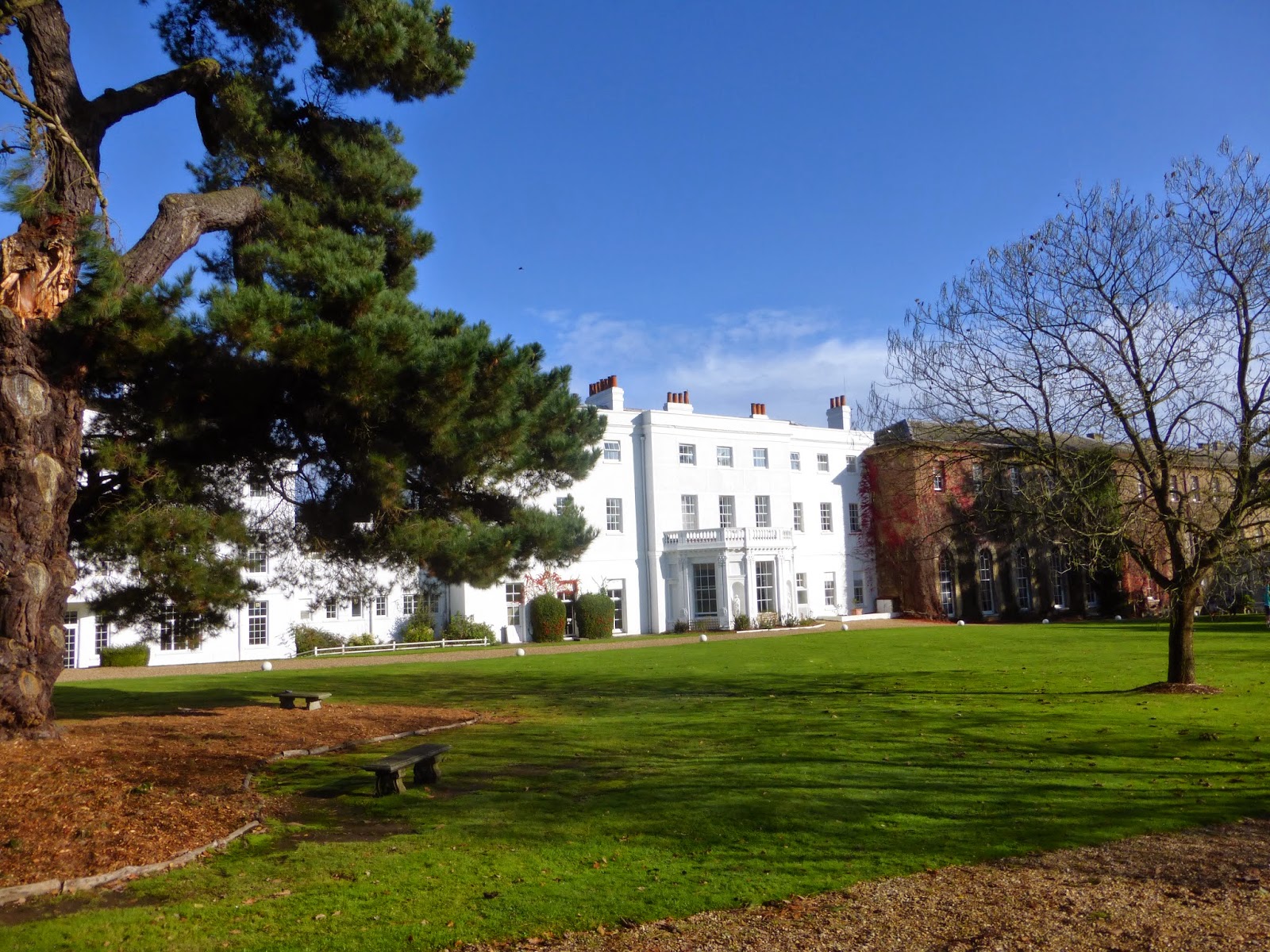 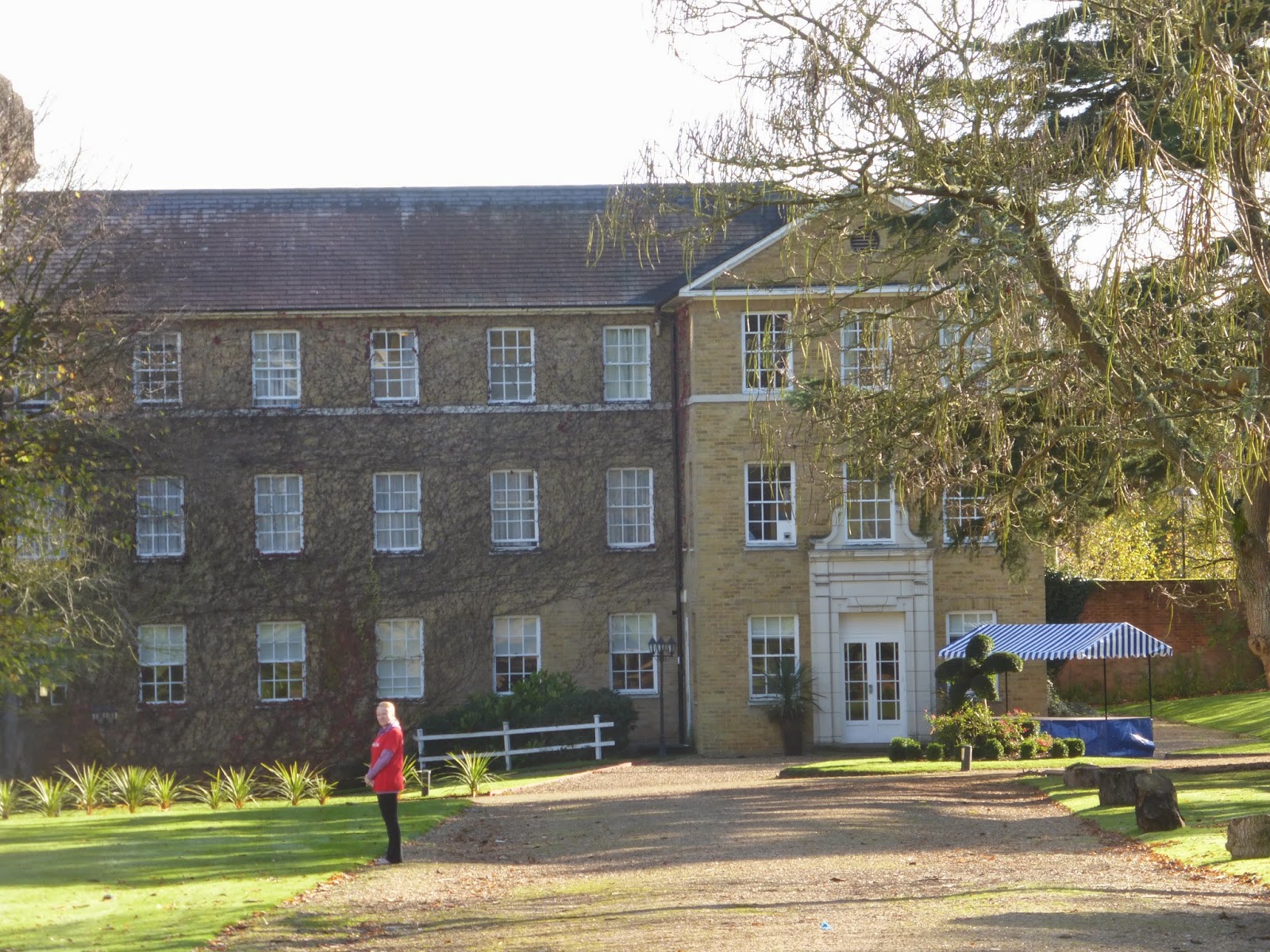 The 'new wing;'  (above right) is now of course not so new but some happy days were spent there as a boy. 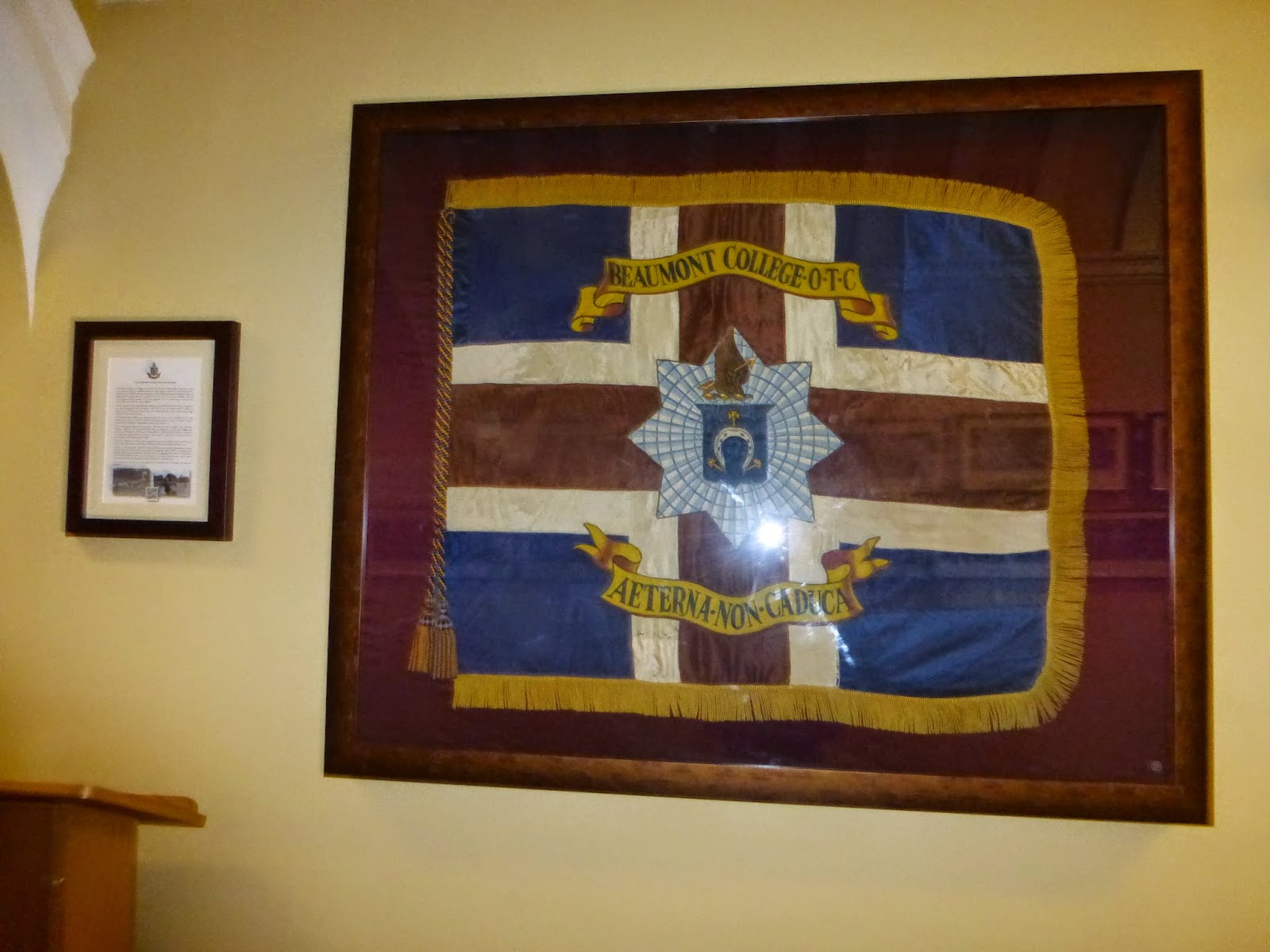 Beaumont  was unusually granted military colours by the army and these were formally presented to St Johns whose head master Mr Giles Delaney treated us all to a lunch together and some wine after the presentation. Chris the headmaster of Donhead another  local Jesuit prep school, who had driven    his wife and himself with mrs maytrees  and myself to Beaumont,  enjoyed the friendly banter with Giles matching the happy relationship between the 2 Jesuit prep schools.

Catching up with peoples' lives and trying to identify people some of whom I last saw as boys many years ago was interesting and fun too.

John Lipscomb who taught me maths (or tried to) at Beaumont introduced me to his wife, daughter and grandson - fittingly now himself a St John's boy.

My close Beaumont friend (John)  from 1967 to the present time was not present - very sadly his wife  (Katherine) died from cancer   6 days ago. May she and all of the fallen RIP.
at November 09, 2014