The ongoing political  financial and immigration crises particularly in Greece cause me to look at some of the old photos taken when travelling with a Beaumont friend John  through Greece as  young men in about 1970 or 1971.

Earlier travels with John at that time already appear on this blog at: Egypt travels 1970s  and Egyptian uprisings as well as Turkey 1970 but Greece was as interesting and as largely deserted of the large hotels and great number of tourists that visit that nation today. 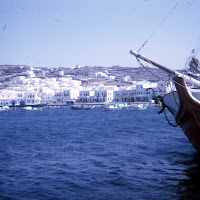 Frustratingly even Google image search is not very helpful in assitting in identifying precisely where most of these old photographs were taken but the picture below is clearly taken aboard one of the small inter island ferries that cross the Mediterranean sea between the Greek islands. 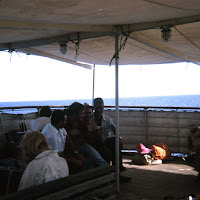 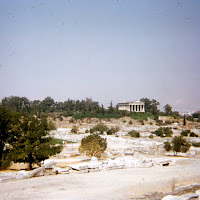 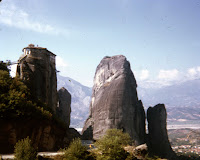 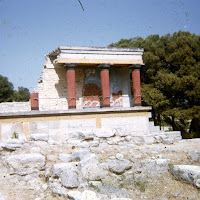 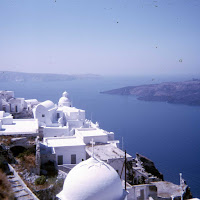 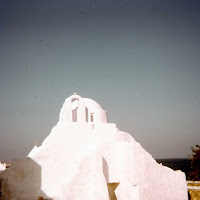 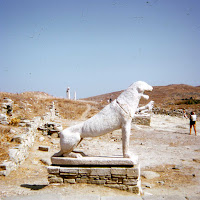 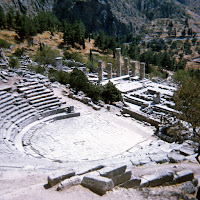 Despite the lack of information retained about the where and when of the above photos and the slightly damaged old one to the right, they do depict some beautiful parts of Greece in times that were perhaps rather less troubled for that country than  some of the recent  times are now..
at August 22, 2015