Having decided to take a short autumnal break away, the train  journey from London Paddington to the end of the line 5 hours away at Penzance Cornwall, proved far more interesting and comfortable than the car journey from home used to be and really not more costly although  hiring a car at Penzance for the  few days away  added about £60 to the cost.

Despite the fact that the week was half term week for many schools the break in Cornwall was quite uncrowded. An added though admittedly unexpected  bonus, was that the weather was sunny. 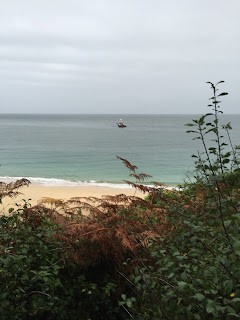 Although parts of Cornwall are noted for observing seals we had not previously seen them in the harbour at St Ives so it was fascinating to spy a large seal  in St Ives Harbour apparently completely oblivious to the fishermen working on boats nearby. 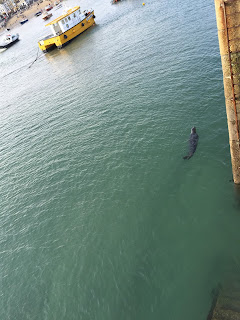 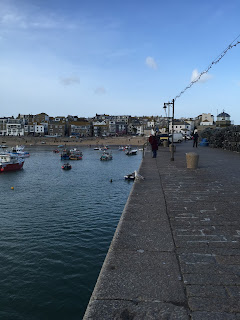 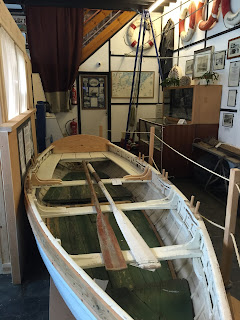 A fairly unprepossessing looking museum which had only recently opened turned out to to be fascinating despite the strange way in which the artifacts including stone age implements were displayed and the warning that photographs were absolutely out of the question which of course any Old Beaumont boy would regard as a command to take snapshots: 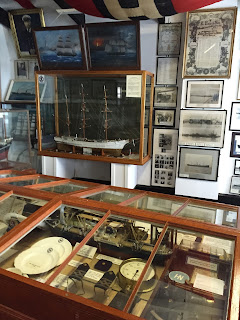 The break away was over all too soon yet despite media reports suggesting that the UK is likely to be population wise far larger than Germany in the fairly near future the absence of many other holidaymakers in this part of the world during the children' half term holiday season was remarkable. 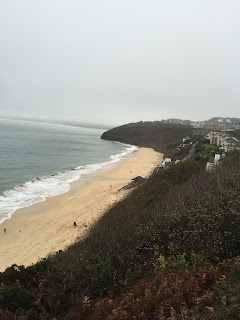 Perhaps the current enthusiasm for holidays  by plane   around the world will continue for most people, leaving local destinations as peaceful as at least Carbis Bay and environs were this autumn.
at November 01, 2015