On a warm Sunday, walking to Morden Hall Park a National Trust property where BBC 1's Antiques Roadshow programme was taking place was a good prospect. 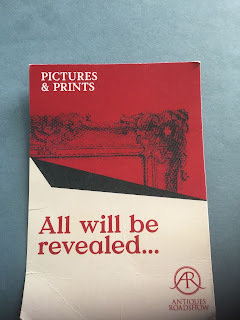 The Park is some 45 minutes walk away. Upon arrival, the size of the queue was initially off putting but having carried our Rembrandt copy lithograph for that length of time, perseverance was apt.

The lithograph proved to be C19 and worth only about £100.

The Antiques Roadshow itself is brilliantly organised  with Fiona Bruce there as their supremo and of course the weather on Sunday at least locally, was perfect. 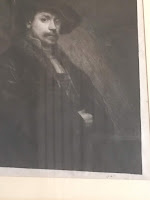 Having forgotten to bring an iPhone or camera, returning to the park a few days later to take some photographs was apt.

The sun unfortunately was not shining upon that day but the park was almost empty with no Antique Roadshow-type queues. 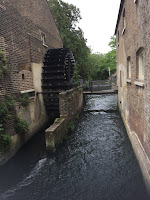 Those I chatted to in the queues on the day however, were fun and interesting. For example, one couple by coincidence have an oldest son age 41 called Edmund the name of maytrees max. Another girl much younger who said her husband unlike herself, would not have wanted to spend the day at the Show, then piped up that her oldest son age 2, was also Edmund so we all then chatted.


We also discussed the number of people affected by mental illness - I had believed this to be about 1 in 7 of the population but the others believed the number to be nearer to 1 in 4. 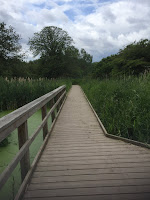 As it happens, the younger lady lives round the corner from maytrees min but is about to move out of London to Colchester. Her husband and herself both work in the City but commuting from Southern East Anglia is apparently easy though not my cup of tea. 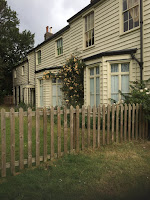 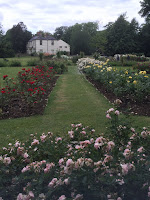 The older Lady remembered Morden Hall Park when cows grazed in the parkland and the grass was  foot high, at which point a National Trust assistant came over and said that the grass in the park was still sometimes that high. He explained that when the whole estate was given to the National Trust, there was restriction precluding the NT from charging for admission, which is why one does not have to pay to visit Morden Hall Park.
The Antiques Roadshow was held in a part of the Park I have not been to before and was very well organised with security checks etc but also with the NT bringing around trays of drinks and ice creams to buy.
At the end I asked a security officer for the route to the nearest tram stop - Phipps Bridge - and then caught a tram back to  Dundonald Road where my two brothers had had homes for a while.

The BBC Antiques Roadshow programme from Morden Hall Park will be broadcast during 2020. However the day was so well attended and the weather so bright and sunny, that the BBC hope to be able to make 3 programmes from their day in the Park whereas 2  is apparently the norm or at least  more common.