Quite understandably the Covid-19 pandemic represents nearly all the news around the world at present.

There is little more that can sensibly be written at least by me,  so the  blog  photos below of  my Wimbledon Common  permitted walk during the lock-down seem apt: 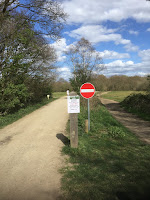 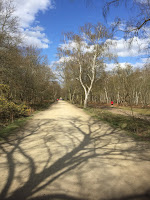 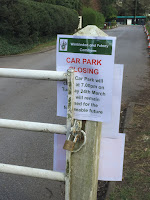 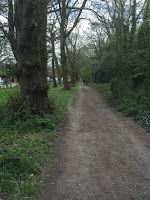 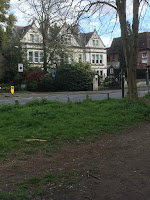 Interesting to compare the photo of the Papal Delegation or is it Papal embassy these days, on the left, with that taken ten years ago  at  almost the same point during the  visit of His Holiness Pope Benedict XVI - see: Papal Visit to England 2010 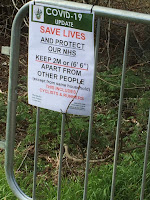 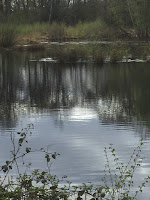 The request to take one's permitted walk in an area close to home coupled with the closure of the car parks on Wimbledon Common and the preventing of car parking at  near by  street parking bays, has led to the Common becoming rather quieter than usual  with far fewer people. There are also very few planes flying overhead and much reduced traffic on Parkside at which the Papal Embassy is situate.

And so to the walk's end. 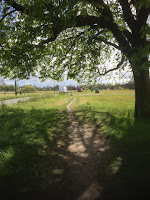 The route taken was the same as the running route when preparing for the London Marathon (that due to be held next week has sadly been cancelled). Running the route twice round took the same time, one hour approximately, as walking the route once.