The slaughter of so many innocents in Paris yesterday is shocking and  tragic. That the killers cowardly shot so many individuals tragically marks their own inhumanity to man.

The reasoning if any, of  the killers is as  yet unclear but their deeds are anathematic to the creeds of all of the world's great religions including Jewish Christian  Islamic Sikh and others. Thus in my humble opinion they need to be labelled as cold blooded terrorists without reference to any religious backdrop or flag that they may have attempted to  select.

There was also in the past 48 hours some  debate about whether the recent UK and USA killing of one such terrorist by remote controlled drone in Syria was wrong and whether instead he should have been brought to justice in for example the International Court in The Hague. Thus the  Labour leader in the UK is  reported in the Indy as follows:

Jeremy Corbyn is facing a backlash from his own Labour MPs after saying it would have been "far better" if the Isis executioner Jihadi John had been tried in court rather than killed by a US drone strike.

Of   course a trial in the Hague would be far better than killing by drone. Presumably much the same could have been said of say Hitler had the International court system been in place in the 1930s and 40s but meanwhile many thousands were slaughted, incarcerated and treated heinously so was not   war tragically necessary to limit his obscene actions? How would he have been brought to an International Court of Justice but for war?

My own  preference ideally remains that  of  'jaw jaw' or even 'law law' rather than 'war war'. However the prospects of talking with let alone arresting such killers in Syria at least  when Western troops are precluded from landing there, often by  the same people who seek international trials rather than killing by drone, are remote indeed.

A policy of limiting action against such killers to the International Court whilst banning any attempt to land armed forces in the areas under their atrocious control, thus preventing them from being captured or their dastardly actions substantially limited may be fine in theory or   principle but   risks the safety and welfare of millions of innocents as tragically just exemplified in Paris.

How do civilised peoples many of whom are also Christian deal with this kind of  atrocity? Close down our own borders and do nothing? Wait until arrests can be made? Mount drone attacks? Enter Syria and fight? Try to negotiate...

I am no historian (as has been pointed out elsewhere on this blog) but did not Sir Neville Chamberlain the then British Prime Minister meet with Hitler with appeasement to the fore? 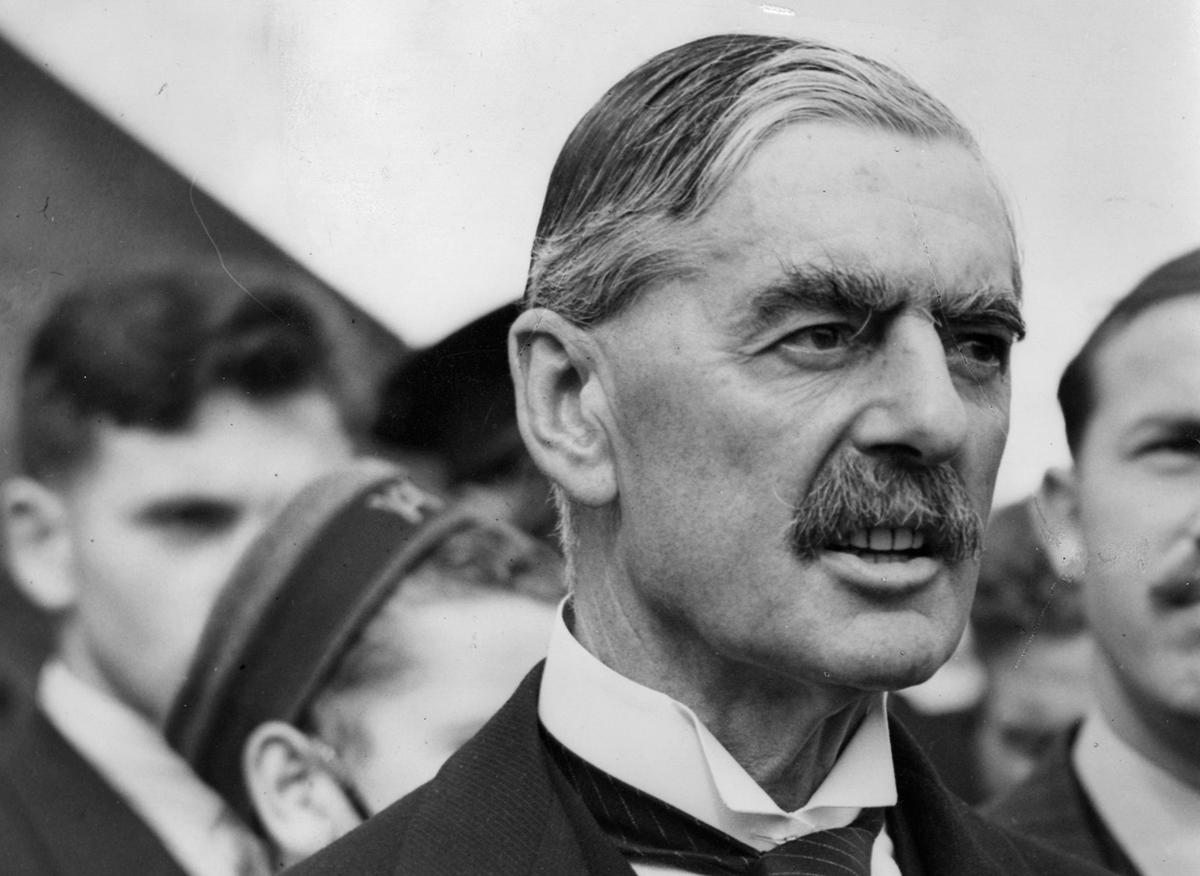 British Premier Sir Neville Chamberlain, on his return from talks with Hitler in Germany, at Heston airfield, London, England, on September 24, 1938. Chamberlain brought with him a terms of the plan later to be called the Munich Agreement, which, in an act of appeasment, allowed Germany to annex
Czechoslovakia's Sudetenland (courtesy www.theatlantic.com)

Sadly attempts to negotiate appease or otherwise placate such tyrants seem never to succeed so the options open to civilised nations all appear uncivilised ranging as they do from essentially doing nothing to taking action to limit the terror by going in to fight its roots.

Meanwhile my thoughts and prayers are with our close neighbours and friends, the French people and may those killed yesterday R.I.P.
at November 14, 2015